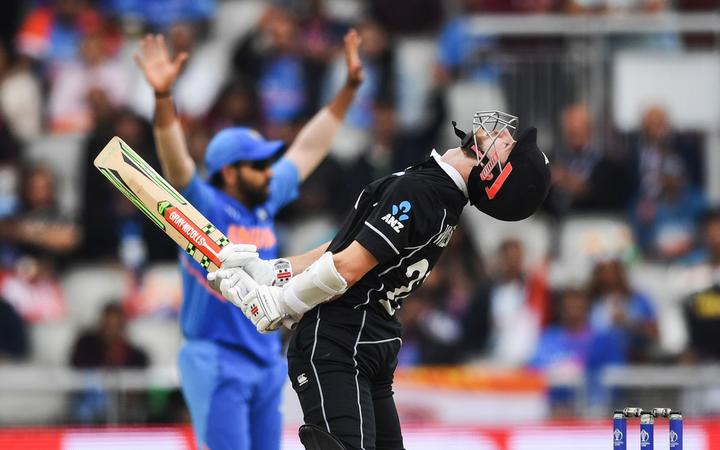 Batting first in Manchester the Black Caps laboured their way to 211 for five before rain halted play in the 47th over.

The two sides will return to Old Trafford tonight with New Zealand to resume their innings.

New Zealand's batting was slow with their first three overs maidens, while Martin Guptil was dimissed for just one in the third over.

Kane Williamson made 67 off 95 balls, while Ross Taylor is unbeaten on 67 off 85 balls.

O'Brien has defended New Zealand's approach on what he believes was a tough pitch to bat on.

"Do we go all out and look for 300 and get bowled out for 170 or do we go lets just get what we can get and if we can give ourselves some time at the end we might be able to push through to 240-250 and we back our bowlers, who have done superbly well through the tournament."

Teams batting first have have won all five previous matches at Old Trafford this tournament and O'Brien says the pitch is two-paced.

"It just makes it easier, there is a larger room for error for the bowlers to have success and New Zealand have bowled very well in the tournament and also used some of that bowling second to their advantage and they've done pretty well at doing so." 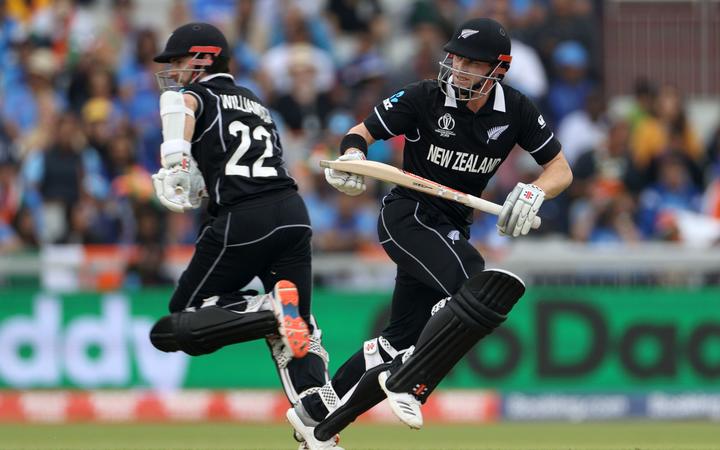 Tom Latham is the other not out batsman on three.

There are 3.5 overs remaining in the New Zealand innings.

Should adverse weather continue throughout the Reserve Day the match may be shortened. India will be required to bat for at least 20 overs to complete the match.

If the game isn't completed India will go through to the final as the higher qualifier.

Australia and England meet in the other semi-final Thursday night.