Serena Williams is through to her 12th Wimbledon semi-final as she continues to close in on a record-equalling 24th grand slam singles crown. 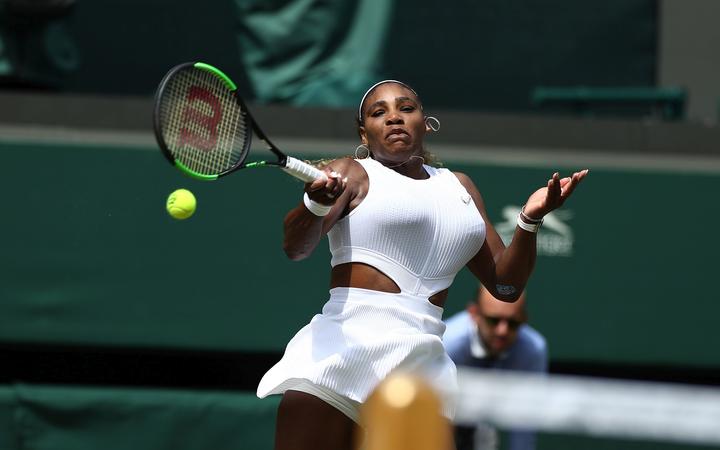 With a tour-best 14 grasscourt wins over the past month, Riske posed a serious threat and threatened to continue her giant-killing run after taking the second set from the seven-times champion.

After twice needing to rally from a service break down in the opening set, Williams had to pull out all stops to deny the 55th-ranked Riske, who was anything but overawed contesting her maiden grand slam quarter-final.

Seeded 11th this year after losing the 2018 final to Angelique Kerber, Williams needed 18 aces and six services breaks to finally finish off the 29-year-old underdog after two hours and one minute.

Halep, the seventh seed, fought back from a service break down in the opening set to win 7-6 (7-4) 6-1 to advance to the last four for the first time in five years.

Ranked 50th in the world, Zheng had never previously won a match at Wimbledon, losing in the opening round five times.

The 2018 French Open champion will continue her campaign for a second grand slam title against Ukrainian eighth seed Elina Svitolina in the final four.

It was 28th-time lucky for Svitolina as she finally managed to get a grip on her nerves to become the first Ukrainian woman to reach the singles semi- finals of a grand slam with a 7-5 6-4 win over Karolina Muchova of the Czech Republic.