Kendra Cocksedge will become just the second Black Fern to play 50 test matches, when she leads New Zealand in its women's rugby super series match against France in San Diego. 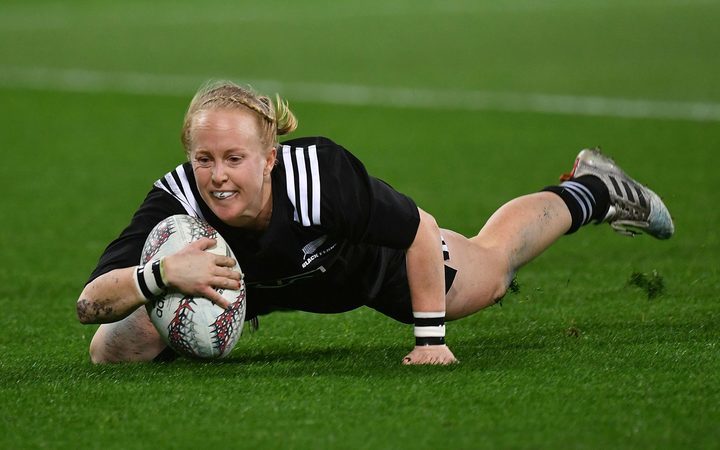 The experienced halfback will reach the milestone 12 years after making her debut and having played at three world cups.

Former captain Fiao'o Faamausili is the only other Black Fern to play 50 tests, having retired after her 57th match at the end of last year.

"I kind of knew coming into this tour that I might potentially play my 50th cap, but to have the captain's band as well you know it's going to hugely important for me and my family," Cocksedge said.

"It's something that I've kind of always dreamed of doing I guess and to be able to actually do it in my 50th game is going to be a special moment for me and my family."

Cocksedge has been given the leadership duties for the match against the reigning Six Nations champions, with regular captain Les Elder being rested with an injury.

"There's been some legends and some really good leaders come through and I know I've got big shoes to fill for this game," Cocksedge said.

"I really want to go out there and you know I'm a great talker, a great director and I want to use those leadership skills out there on the game."

WATCH | #BlackFerns halfback @kenj0119 is all set to play her 50th Test against France tomorrow morning! Hear from some of her team mates and coaches ahead of the milestone. #SuperSeries2019 pic.twitter.com/wzUi6RBlSM

"We use the mantra inspire and unify and she exhibits all of those," Haggart said.

"Kendra...is never short of a word so she's certainly a good communicator and runs the team really well and I think we see the benefits of the team performing so well often through her direction."

Haggart also believes the 2015 world player of the year remains at the top of her game.

"I would look at her skill level and say it's probably next to none around the world and she works so hard to maintain that.

"Her ability to play a kicking game and a strong passing game, but probably most of all leading a team around the park."

The Black Ferns lost 30-27 to France in their last meeting in Grenoble in November, denying Faamausili a winning end to her career.

"There's a bit of edge about the girls," Cocksedge said.

"We've got a big match coming up and obviously we want a little bit of revenge on last year."

That defeat remains fresh in the mind of New Zealand coach Glenn Moore.

"We've been back through that game just the other day actually and we played particularly well that day and just didn't some of the rewards we needed," Moore said.

"It really now comes down to us trying to execute the game plan we've got and do that under pressure, because we know the pressure will be there."

The Black Ferns have beaten Canada (35-20) and the USA (33-0) in their opening two matches of the super series in San Diego.

They will play France at 9:15am Sunday (NZT) before facing England on Monday week in a rematch of the 2017 World Cup final.