Teenage prodigy Cori Gauff has reached Wimbledon's fourth round after clawing her way back from a set and 5-2 down to beat Slovenia's Polona Hercog 3-6 7-6 (7) 7-5. 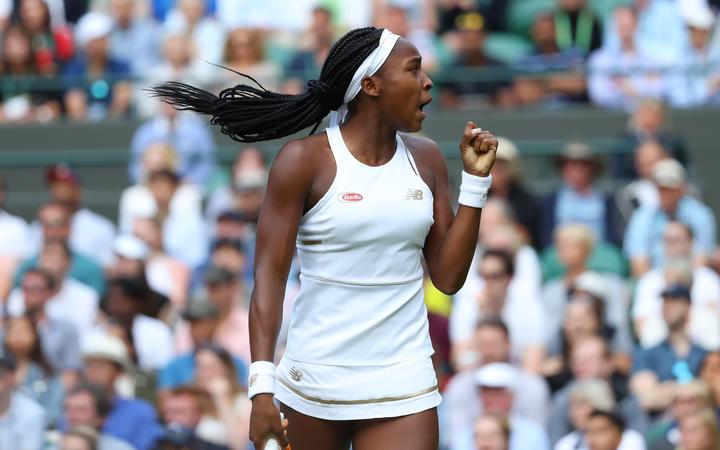 The American teenager, ranked 313th in the world, had earned a match on Centre Court after capturing the public's imagination with her giant-killing exploits, including ousting former champion Venus Williams in the first round.

Gauff, who beat former semi-finalist Magdalena Rybarikova in the second round, was roared on by the crowd but found it hard at first to cope with 28-year-old Hercog's heavy groundstrokes and big serve.

She showed remarkable composure, however, to fight back against the 60th-ranked Slovenian, who failed to convert two match points in the second set.

"I always knew I could come back no matter what the score is, I just went for my shots," Gauff, nicknamed Coco, said after leaving the court to warm applause.

"The crowd was amazing. Even when I was down match point they were still cheering me on."

Next up for the American is a clash with former world No 1 Simona Halep, who beat Belarusian Victoria Azarenka 6-3 6-1 in 66 minutes on Centre Court.

Czech third seed Karolina Pliskova was pushed by Taiwan's Hsieh Su-Wei but eventually won their match 6-3 2-6 6-4 to move into the fourth round.

China's unseeded Zhang Shuai upset last year's Australian Open champion Caroline Wozniacki in straight sets with a 6-4 6-2 victory to reach the fourth round for the first time in her career.