Nike will not release a sneaker that featured a colonial-era version of the American flag after former American football player Colin Kaepernick asked the company to pull it.

The world's largest sportswear-maker recalled the shoe after former NFL quarterback Kaepernick said the flag was a symbol he and others consider offensive because of its connection to an era of slavery, the Wall Street Journal reported. 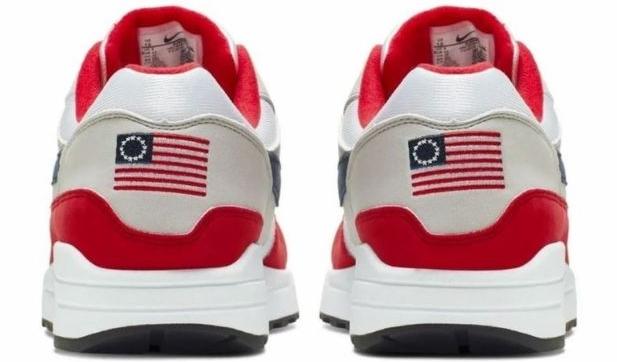 The Nike shoe with the flag that's commonly known as the "Betsy Ross flag". Photo: Nike

Nike had planned to release a new version of the Air Max 1 sneaker ahead of the Fourth of July holiday that featured a version of the US flag with 13 white stars representing the first US colonies.

The flag is commonly known as the "Betsy Ross flag".

Kaepernick last year became the face of Nike's advertisement marking the 30th anniversary of the company's "Just Do It" slogan, sparking outrage.