The brother of boxer Joseph Parker has been detained at Chicago's O'Hare International Airport after becoming involved in an altercation.

The NZ Herald has reported John Parker, a former professional boxer, allegedly attacked at least one member of the public after he was removed from a Chicago to Los Angeles flight due to a ticketing issue.

He was returning home to Auckland after Joseph Parker's win over Alex Leapai in Rhode Island at the weekend. 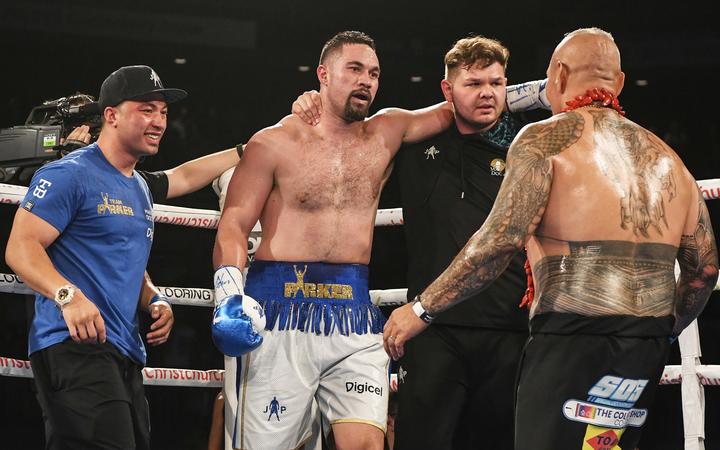 In a statement Joseph Parker confirmed the news.

"I can confirm that my brother John has been detained in the United States following an incident that occurred on his way home to New Zealand.

"I can't comment on the details of this matter - other than to say that the Parker family's prayers are with John and anyone who has been affected.

"This is an extremely difficult and upsetting situation for our family."

Joseph Parker's co-manager David Higgins said it had "become apparent that John has been dealing with some mental health issues that seem to have contributed to the issue".

"The matter is in the hands of the US authorities. I sincerely hope John is receiving the care he requires, and offer my heartfelt sympathies and best wishes to everyone who has been affected."

John Parker was a professional boxer but had to retire last year after being diagnosed with a brain aneurysm.