The Crusaders have lost Ryan Crotty and Scott Barrett for Saturday's Super Rugby final against the Jaguares in Christchurch. 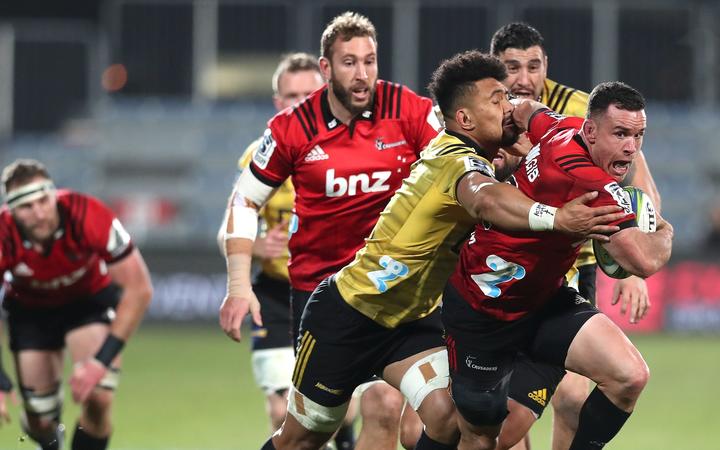 And the All Blacks duo are also in line to miss the Rugby Championship that follows.

Crotty fractured his thumb in the semi-final win over the Hurricanes and had surgery on Sunday to stabilize it.

He will be sidelined for up to eight weeks.

Barrett will miss the next five to six weeks after fracturing the second metacarpal at the base of his index finger.

Unfortunately Ryan and Scott have both been ruled out of the Final due to hand injuries. Read more about their injuries and timeframes at https://t.co/Yd8xaF8BgC. All the best for your recovery guys #crusadeon

The Crusaders have ready-made replacements in the midfield and at lock.

The impressive Braydon Ennor is an option to start at centre, with Jack Goodhue able to move into Crotty's jersey at second-five, while former All Black lock Luke Romano showed what he's capable of in replacing Barrett in the second-half of the semi-final.

And the All Blacks may also have to find replacements for both of them in their Rugby Championship squad, that will be named tonight (Tuesday).

New Zealand's tournament opener against Argentina is less than three weeks away, with the All Blacks' final match of the truncated Rugby Championship against the Wallabies just three weeks later.

It would seemingly rule Ryan Crotty out of the tournament, while Scott Barrett may be able to return to play Australia in Perth on August 10 or a week later in the Bledisloe Cup test at Eden Park.

The All Blacks will then play Tonga in Hamilton in September in their final test before the Rugby World Cup.