Already riled by Wimbledon's seedings policy, twice champion Rafael Nadal's mood would not have improved after falling foul of today's draw which handed him a potential second-round clash with controversial Australian Nick Kyrgios. 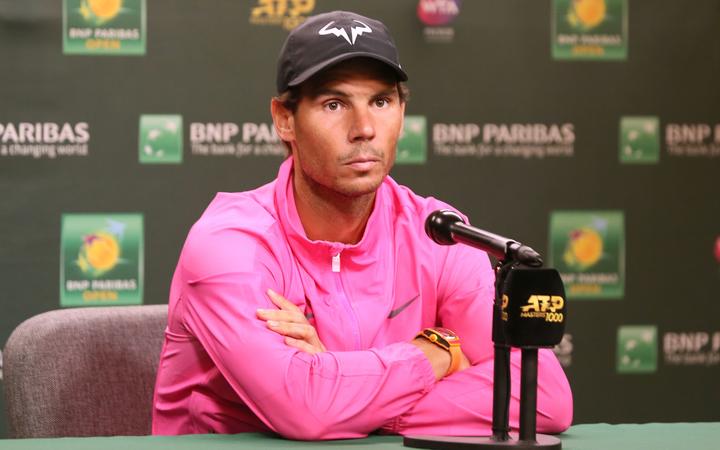 The 33-year-old, bidding for his first title at the All England Club since 2010, is ranked two in the world but seeded three because of Wimbledon's seedings formula which tweaks the order to take into account form on grass.

He was placed in the same half as eight-time champion Federer, his potential semi-final opponent, but first he must negotiate a potentially tricky first week which could also include a third-round clash against youngster Canadian Denis Shapovalov.

Nadal opens against Japan's Yuichi Sugita with Kyrgios, who he accused of disrespect earlier this year after losing to him in Acapulco, up against compatriot Jordan Thompson.

Defending champion Novak Djokovic will face Germany's Philipp Kohlschreiber in the first round while Swiss Federer appears to have been given a relatively comfortable opening week and will play South African Lloyd Harris first up. 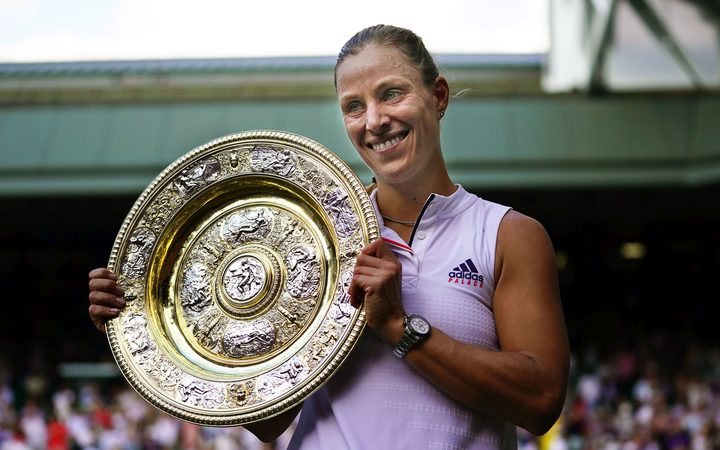 Williams, 39, had already won Wimbledon crowns before Gauff, the youngest player to get through the qualifying tournament in the professional era, was born.

The clash everyone will want to see, if it happens, is Nadal against Kyrgios in the second round.

Kyrgios, then 19, famously beat Nadal in the fourth round in 2014 but rather than go on to win the Grand Slams that were predicted at the time, the Australian maverick has made headlines more for his behaviour.

Still only 24, his career is littered with fines and penalties, particularly for "tanking" - not trying - which he often does when anything gets under his skin.

At Queen's Club last week he was fined $32,500 after accusing a line official of "rigging" his matches and swearing at an umpire, fans and a cameraman, smashing balls out of bounds and hurling his racket over a stand.

For all his antics, however, he has won three of his clashes against Nadal, including a stormy encounter in Acapulco this year when he wound up Nadal by serving underarm near the.

Nadal later called him disrespectful while in a recent social media video post Kyrgios accused the 33-year-old Mallorcan of being a bad loser, calling him "super-salty".

Barty faces a potential third-round clash against former Wimbledon champion Garbine Muguruza and is also in the same quarter as Serena Williams and Kerber.

Japan's Naomi Osaka, who was dislodged from top spot this week by Barty, faces a tricky opening-round test against Kazakhstan's Yulia Putinseva who beat her in Birmingham last week.

Other standout first-round draws in the men's singles include fifth seed Dominic Thiem against big-serving American Sam Querrey who reached the semi-finals in 2017.

Meanwhile New Zealander Michael Venus and South African Raven Klaasen have enjoyed the benefits of being the third seeds at Wimbledon, by avoiding any big guns in the first round.

Klaasen and Venus who are ranked ninth and 10th in the world respectively, will play the British duo of Luke Bambridge and Jonny O'Mara in the opening round in the gentlemen's doubles at the Championships. Bambridge has a doubles ranking of 49, while O'Mara is at 52.

Marcus Daniell and his Dutch partner Wesley Koolhof have been drawn against veteran Indian Rohan Bopanna and Uruguayan singles specialist Pablo Cuevas in the first round.

But the draw hasn't been kind for Artem Sitak and Israeli Jonathan Erlich, who will be up against the ninth seeds Maximo Gonzalez and Horacio Zeballos, both from Argentina.