Latest - The Black Ferns have beaten Canada 35-20 in their opening game of the Super Series rugby competition in San Diego.

Lock Eloise Blackwell and centre Carla Hohepa scored first half tries as the New Zealanders took a 20 points to 13 lead into the break. 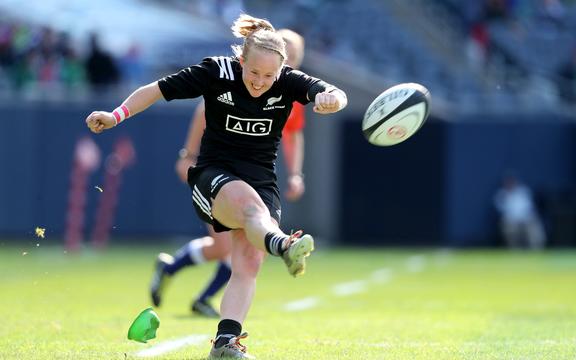 New Zealand's next game is against the USA on Wednesday.

Megan Rapinoe struck twice as the United States beat hosts France 2-1 in the women's World Cup quarter-finals at the Parc des Princes to set up a last-four clash with England.

Rapinoe, who was involved in a spat with US President Donald Trump during the build up to the game, opened the scoring in the fifth minute with a low-struck free-kick from the left that went in untouched through a crowd of players. 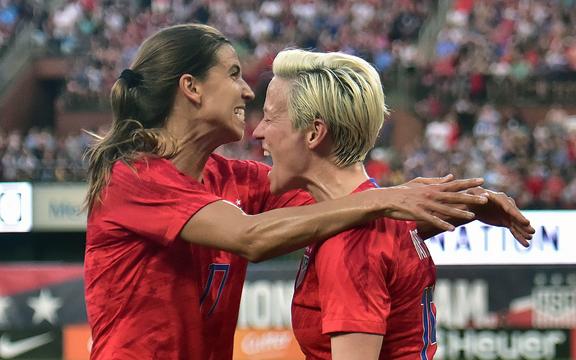 The 33-year-old Rapinoe added their second goal in the 65th minute and although France got back in the game with a Wendie Renard header in the 81st, the US held firm to maintain their record of never missing out on the World Cup semi-finals.

A night which showed just how far the women's tournament has grown, with thousands of travelling American fans in a sell-out 45,000 crowd, ended in disappointment for the hosts.

The US have scored in the opening 12 minutes of every game in this tournament and they also could draw on the fact that they have never lost after taking the lead in a World Cup game.

In the other quarter-finals Italy play the Netherlands and Germany play Sweden.

Japanese Top League rugby club Toyota Verblitz have issued a public apology after two of their players were arrested for possession of cocaine in just over a week.

Steven Yates, a former New Zealand sevens international, was arrested at his home in Nagoya on Thursday and admitted to possession of a small amount of cocaine, Kyodo News reported.

First five-eighth Ryota Kabashima was arrested last week after cocaine was discovered in his wallet when he left it in a taxi in Toyota in April. He has denied the charge.

Toyota Verblitz, who have signed All Blacks captain Kieran Read for next year, suspended rugby operations after Kabashima's arrest and withdrew from the Top League Cup.

Storm go clear at the top of NRL

Melbourne have opened up the biggest lead of the season atop the NRL ladder after edging the Sydney Roosters 14-12 in a tense grand final rematch.

Both teams scored two tries apiece at Adelaide Oval, however it was the boot of Cameron Smith that proved the difference.

The gritty victory not only extends Melbourne's winning streak to six, but lifts them six points clear of both the Roosters and South Sydney.

The last team to hold a six-point lead after 15 rounds was the Storm in 2012, and they went on to claim the premiership against Canterbury.

St George Illawarra overcame a double-digit deficit to boost their finals hopes with a 22-14 win over North Queensland in Wollongong.

And George Burgess' South Sydney playing career might be over after he was referred straight to the judiciary and is facing a lengthy ban for an alleged eye gouge on Robbie Farah in the Wests Tigers' 14-9 win over Souths on Thursday night.

Black Jacks finish on a high

The New Zealand lawn bowls team added a gold and a silver medal to their haul on the final day of the Asia Pacific Championship on the Gold Coast.

Shannon McIlroy came from behind to beat Canada's Ryan Bester in the men's singles final, completing an unbeaten run in the tournament after taking the pairs title last week.

Ferrari's Charles Leclerc set the pace in a dramatic second practice session at the Austrian Fomrula One Grand Prix as Valtteri Bottas and Max Verstappen crashed.

Mercedes driver Bottas and Red Bull's Verstappen both went off heavily, the session stopped each time for their badly damaged cars to be recovered.

And Ferrari's Sebastian Vettel also had a big spin, just avoiding a crash.

No major upsets on day one of the New Zealand Squash National Championships in Auckland as both men's and women's top seeds, Paul Coll and Joelle King ranked No.6 in the world cruised in their respective matches.

The going gets tougher as Coll and King potentially play quarters and semis today with the finals on Sunday afternoon as each tries to add to their considerable tally of national titles.

In the women's draw top seed and seven-time champion, King had a bye in the first round and then eased past Canterbury coach Emma Cormack to set up a clash with eight seed Alana Kairaoi from Rotorua.

Lorenzo out of Dutch MotoGP

Honda's Jorge Lorenzo has been ruled out of MotoGP's Dutch TT after being taken to hospital following a crash in practice at Assen.

MotoGP doctors reported the triple MotoGP champion, who has had several big crashes over the last year and missed four races in 2018, had suffered a fracture of the sixth thoracic vertebrae.

MotoGP medical director Angel Charte said the rider would be transferred to Barcelona for further scans.

Lorenzo is 15th in the standings after crashing out of the previous race in Spain and taking several frontrunners with him, including Ducati's title contender Andrea Dovizioso and Yamaha's Valentino Rossi.

He has 19 points after seven races while team mate and reigning world champion Marc Marquez leads the championship on 140 points.

Another NZer in England rugby squad

Danny Cipriani has been included in the latest England Rugby World Cup training squad, though the first five-eighth still looks a long shot to make the plane for Japan in September.

Coach Eddie Jones is building his squad in increments, this one including players from Gloucester and Northampton, the losing Premiership semi-finalists, who are now available after their mandatory five-week rest period.

Next week he will name his full training squad - including a large number of players from Saracens and Exeter - the Premiership finalists - and will cull several of those currently involved.

Cipriani had a superb season with Gloucester and was named Premiership player of the year and RPA players' player.

Despite that, he remains third in the England pecking order behind Owen Farrell and George Ford and, with Jones likely to take only two first five-eighths to the World Cup, looks set to miss out again having never featured in the sport's premier event.

He won the last of his 16 caps on the tour of South Africa in June 2018 and that was his first start for 10 years. He was subsequently omitted from the squads for the November internationals and this year's Six Nations.