Warren Gatland is the new head coach of the Chiefs, the Super Rugby franchise and New Zealand Rugby have confirmed 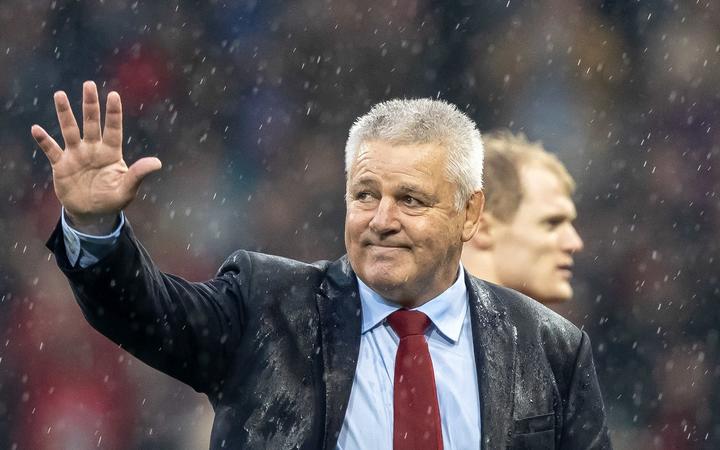 The Wales and soon to be Chiefs coach Warren Gatland. Photo: PHOTOSPORT

Gatland, currently coaching Wales through to the end of the World Cup in Japan, has inked a four-year deal with the Chiefs from 2020 to the end of 2023, though he'll take a year break in 2021 to coach the British and Irish Lions in South Africa.

The former Waikato coach and Chiefs technical advisor has been in charge of the Welsh national side since 2008, leading the team to four Six Nations titles, including three grand slams, the most recent in 2019.

He coached the British and Irish Lions to a series win in Australia in 2013 and series draw against the All Blacks in New Zealand in 2017.

Gatland, who's always wanted to coach a Super Rugby side, said he was grateful for the chance to return home to New Zealand to coach a club he has a strong connection to.

I am excited to come back and be a part of the Chiefs community with the players, the fans, the sponsors, it's something I really look forward to."

Chiefs CEO Michael Collins is enthusiastic about the appointment; "Warren is a world-class coach who boasts a proven track record. With a sound rugby background and his desire to return home to New Zealand and be involved in Super Rugby naturally made him a top choice for the role."

"Like Warren we are excited for his return to the Chiefs Rugby environment. He will continue to build on the work Colin Cooper and his team management have achieved in maintaining a sustainable high-performance environment for the Club," said Collins.