There are four newcomers, four time Olympian Steven Ferguson among them, in the Team New Zealand squad to defend the America's Cup in Auckland in 2021.

Ferguson, the son of four time Olympics kayak gold medallist Ian Ferguson, has represented New Zealand at four Olympic games as both a swimmer and canoeist.

Team New Zealand named their 14-storng squad today, two years after they won back the America's Cup in Bermuda.

Ferguson will be a grinder on the new 75-foot foiling monohulls that will be used in Auckland. 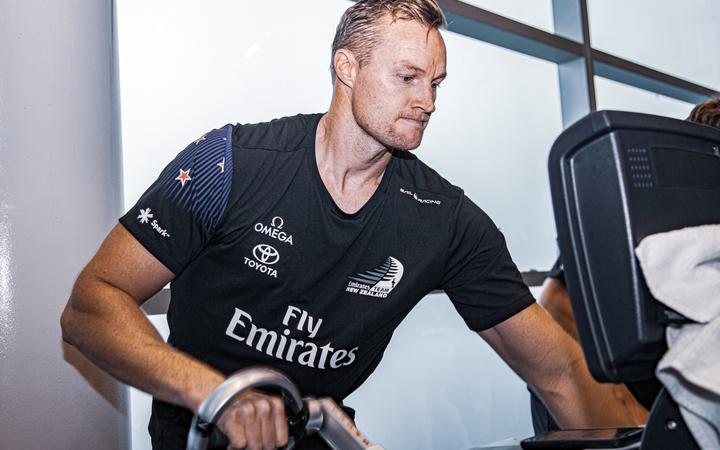 The other newcomers are Wairoa's Louis Sinclair, Whangarei's Marcus Hansen and Russell's Marius van der Pol as the newcomers.

They will line up in the 'engine room' with Andy Maloney, Josh Junior, Joseph Sullivan, Carlo Huisman, Guy Endean and Simon van Velthooven who were all part of the Bermuda crew.

The other remaining positions onboard will be covered by existing Team New Zealand sailors Glenn Ashby, Peter Burling, Blair Tuke and Ray Davies.

Team New Zealand chief executive Kevin Shoebridge sayds the team continues to think outside the square by looking for the most suitable athletes to fill the intensely physical and technically demanding roles onboard the boat.

"We have a really interesting mix of sailors....a cohesive mix of both sailing talent and raw power is a fundamental piece of the puzzle to success on the water.

"We saw this in Bermuda and will no doubt see it again in Auckland," he said.

"Grinding on the AC75's is a going to be a massively physically demanding role for grinders during racing. Having put all of these guys through some pretty brutal testing sessions we are pretty impressed with their natural ability, but also the extent they will go through to push their bodies to the limit," said the team's head of physical peformance Dan Plews.