Babar Azam made an unbeaten century as Pakistan beat New Zealand by six wickets to move a point behind hosts England in the Cricket World Cup standings and boost their chances of reaching the semi-finals. 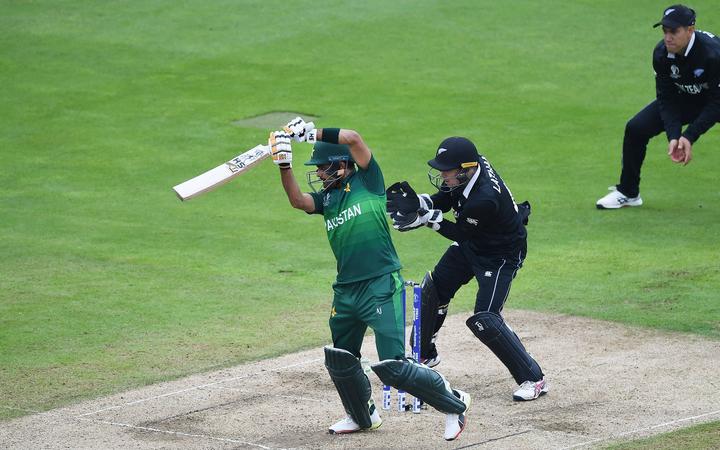 New Zealand, unbeaten in their first six games of the tournament, struggled after deciding to bat first, recovering from 83/5 to post a modest 237/6 thanks to an unbeaten 97 from Jimmy Neesham and 64 from Colin de Grandhomme.

Azam scored 101 not out and Haris Sohail 68 to guide Pakistan to their target with five balls to spare and, with their remaining games against Afghanistan and Bangladesh, the 1992 world champions will be confident of reaching the last four.

Azam, who was named man of the match, said his aim was to bat the full 50 overs out, and he knew if he could stay at the crease, then the runs would come.

NZ captain Kane Williamson said the Black Caps had a chance with early wickets, but they could not make a breakthrough against Azam and Sohail.

"We thought 230-250 would be competitive and it was with a lot of threats out there but Pakistan soaked up the pressure beautifully."

Pakistan captain Sarfaraz Ahmed his team worked hard on fielding, which was important.

"Definitely it was a great team effort today. The way Babar and Haris played is some of the finest batting that I have ever seen. We knew 240 wasn't an easy target so our message to the batsmen was to bat for 50 overs.

"It is not easy to handle that pressure. We are not thinking about the 1992 World Cup, we just want to do well as a team. We are very confident."

Despite the loss, New Zealand remain second in the standings, a point behind leaders Australia, and should still comfortably make the semi-finals, with two more matches still to come against Australia and England.