Rugby league's State of Origin competition will go to a decider after James Maloney steered New South Wales to a 38-6 rout of Queensland in game two in Perth.

Maloney set up two tries, kicked five goals, and also shifted to halfback for the second half after an ankle injury to Nathan Cleary on Sunday night.

A crowd of almost 60 thousand turned out for the match.

Maloney was seemingly out of the Origin picture as late as last Sunday morning, when Mitchell Pearce was set to be recalled only to rule himself out with injury.

Trbojevic was two games back from a hamstring injury, and his first-half double gave Brad Fittler's men an 18-6 halftime lead. 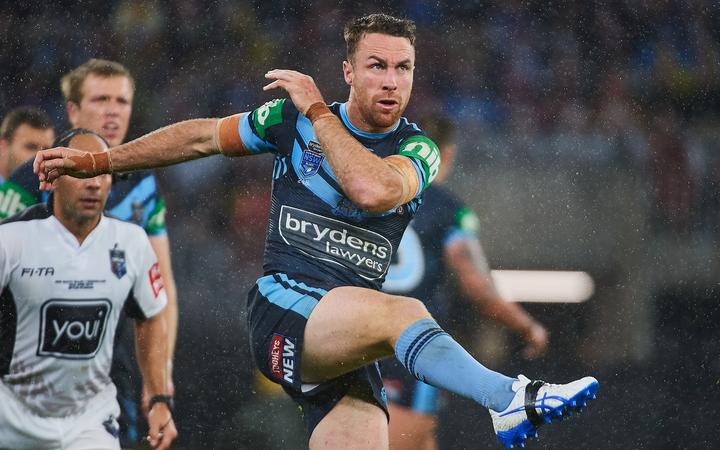 James Maloney was instrumental in leading the Blues to victory. Photo: Photosport

Back-to-back penalty goals took the advantage beyond two tries, before the Blues blew the game open with another two tries in three minutes.

Trbojevic scored his third when he finished off a 70-metre team effort in the 55th minute, and Josh Addo-Carr crossed on the end of a Wade Graham grubber.

A string of six-consecutive penalties meant a ragged Queensland could barely muster a punch in the second half.

Addo-Carr completed the big win with his second in the closing stages.

"From the kickoff ... they wanted it more than us and they got the right rewards.

"Origin's won on attitude and effort, and we didn't match them in any areas there tonight," he said.

"I was surprised ... and disappointed, too.

We were poor in a lot of areas tonight. I'm not going to single out one player." 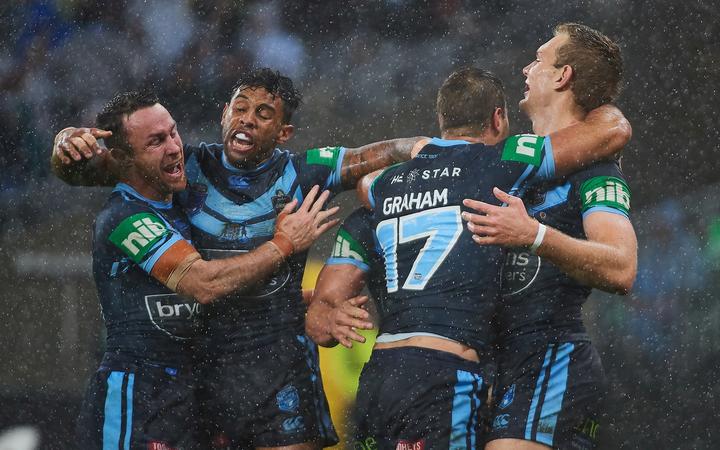 NSW have forced the State of Origin to a decider in Sydney. Photo: Photosport

Trbojevic was a threat from the outset, getting over the line in the fourth minute only to be held up by desperate cover defence.

But he didn't have to wait long to post first points, roaming into the middle to chase a Maloney bomb and soar over Kalyn Ponga four minutes later.

Controversy marred Queensland's response when referee Gerard Sutton ruled a penalty try for Will Chambers in the 14th minute.

The Maroons' centre was chasing an early Ben Hunt grubber only to be impeded by counterpart Jack Wighton as the ball rolled dead.

The Blues regained the ascendancy after Tyson Frizell ran a good right-edge line to score, and the lead should've doubled when the Blues' had a three-on-one opportunity. But, Maloney's cutout pass to Addo-Carr was forward.

However, NSW still took a 12-point lead into the sheds when James Tedesco rounded Michael Morgan and found Trbojevic supporting on the inside.

Maloney kicked the conversion after an ankle injury to Cleary, who tried to play through the pain but was substituted at halftime.

The deciding game will be played in Sydney on July 10.