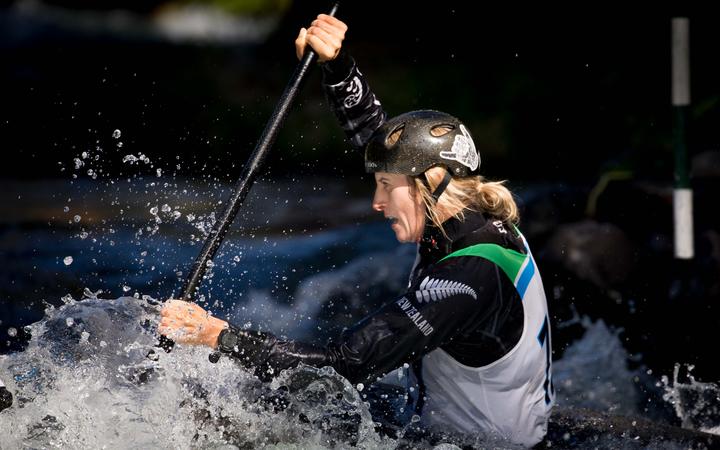 The 30-year-old Tauranga paddler finished second in the women's K1 final on the tricky Bratislava course, emulating her silver medal at the 2016 Olympics with a faultless display.

Jones qualified fifth for the final with a strong semifinal, picking up a solitary touch and finishing in 104.66secs. She was slightly off the pace in the first part of her final run but then stormed home in 100.65secs to take the lead.

Jones then sat and watched as the next three paddlers failed to better her time; only Austrian Corinna Kuhnle's withering 99.71sec effort could top it as the last paddler on course.

It's only the third time a New Zealand paddler has won a World Cup medal, following Mike Dawson's extreme gold and bronze during the 2017 season, but it's the first K1 medal of any colour.

It also comes a week after fellow Kiwi Callum Gilbert stunned his more experienced rivals by finishing fifth in the opening round of the season in London.