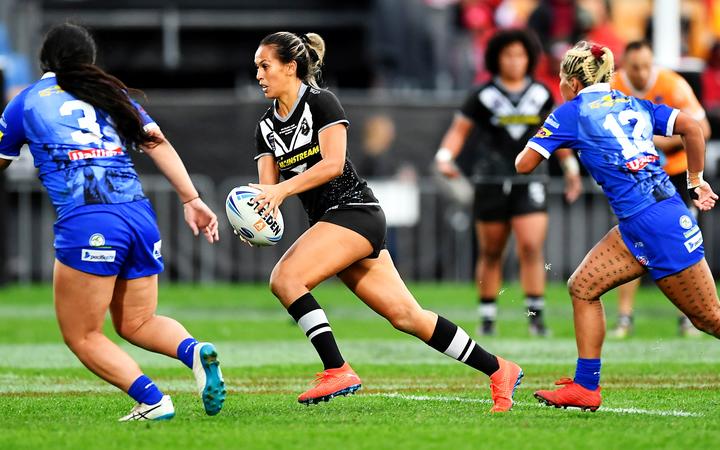 It was the Samoans first international in eight years, and only the second time the two teams had met.

The win was built around New Zealand's strength in the centres and superb support play.

Kiwi Ferns skipper Honey Hireme sliced through for a third after 13 minutes, with second rower Kathleen Wharton making it four as the 20 minute mark ticked over.

St George Illawarra halfback Raecene McGregor crossed for New Zealand's fifth 10 minutes out from halftime to open out a 26-0 lead.

Billy-Jean Ale and Moana Fineaso-Levi scored either side of halftime for Samoa to briefly narrow the Kiwi Ferns' lead to 26-8, but Hireme, Madison Bartlett and Nita Maynard scored in rapid succession to extend the lead to 40-8 at the 60-minute mark.

Apii Nicholls crossed for the ninth New Zealand try seven minutes out from full time to complete a dominant performance.