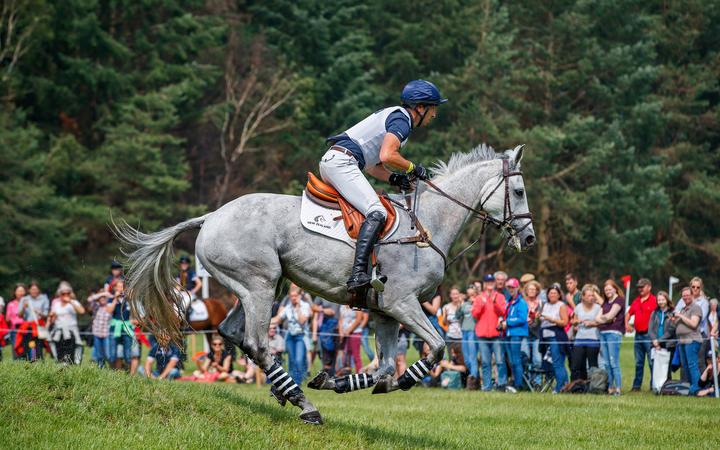 Tim and his grey mare Ascona M picked up time penalties in the showjumping but still finished 2.1 penalty points ahead of runner-up Tom McEwen of Great Britain.

It was a special victory for Price, who won his first Five Star competition at Luhmuhlen in 2014.

"I am delighted with my mare - she was super," he said.

"I'm so happy that things went so well again this year. It makes me really proud that Ascona has performed so consistently in all three phases. She does have a bit of an unconventional jumping technique, but that's because she always tries so hard to do everything right."

It was an agonising wait for Price as he waited for his time to enter the showjumping arena as riders ran in reverse order. "It was that usual feeling of a tense stomach you get when you are in that position and have a bit of time to kill and things to do in order to get to your showjumping," he said.

Once in the ring though, everything flowed flowed for Price.

"You just go into methodical mode. She warmed up really well, with plenty of juice in the tank and then she went in and just jumped super.

"I knew at that stage I had a bit of time up my sleeve so I decided to take a bit of time but jump a clear round and that is exactly what happened. I couldn't be more pleased," he said.

Ascona M was initially Jonelle's ride before moving to Tim in 2017.