New Zealand will have four teams in the Super Rugby playoffs after the Bulls beat the Lions 48-27 in Pretoria. 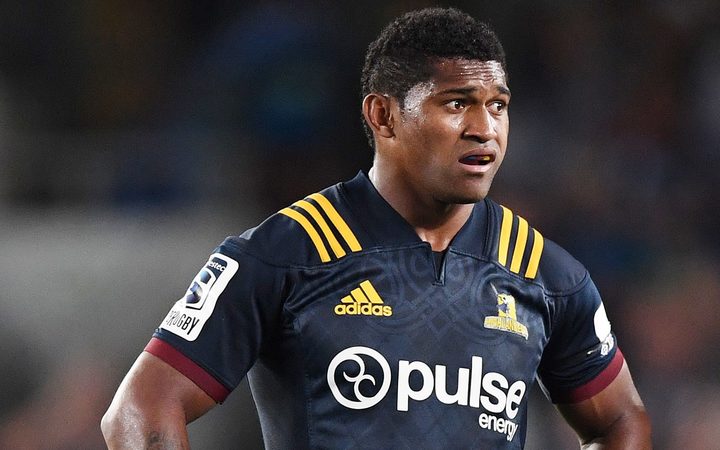 Waisake Naholo. The Highlanders have scraped into the quarter-finals and will play the Crusaders in Christchurch. Photo: Photosport

The Bulls overcame an early scare to overwhelm their neighbours and seal their place in the quarter-finals.

The home side outscored the Lions by seven tries to two, despite going behind after 16 seconds.

The Highlanders needed the Lions to lose and not score any bonus points to stay in the top eight.

Also this morning the Sharks edged the Stormers 12-9 in Cape Town to ensure they'd be playing finals rugby.

Last night the Hurricanes came from behind to beat the Blues 29-24 in Wellington and the Brumbies outgunned the Reds 40-27 in Canberra.

In next week's quarter-finals - top qualifiers the Crusaders host the Highlanders, the Hurricanes host the Bulls, the Chiefs travel to Argentina's Jaguars and the Brumbies host the Sharks.

Having already qualified for the postseason, the 2016 champion Hurricanes fielded a B-team at the 'Cake-tin' and it showed in the first half as they went to the break 24-5 down.

But after coach John Plumtree activated some experienced substitutions, the Hurricanes roared home with three unanswered tries while keeping the Blues scoreless.

"It was a bit of a tale of two halves, that's for sure," said Hurricanes captain Dane Coles, who made his first start since mid-March following a prolonged injury battle.

"Proud of the effort of the lads... We can kick on into the quarter-finals next week."

Centre Peter Umaga-Jensen grabbed a try in each half, with playmaker Fletcher Smith and lock Isaia Walker-Leawere crossing after the break.

Plumtree was beaming through the second half rally, safe in the knowledge that regular first-five Beauden Barrett and a raft of rested stars will be fresh for the quarter-final.

For the Leon MacDonald-coached Blues, their 10th defeat was a fitting ending for another underwhelming season.

Despite another coaching shakeup in the offseason, the Blues finished bottom of the New Zealand conference with five wins and missed the playoffs for a ninth successive year.

The Brumbies conceded an early try in a slow start in Canberra but fired up after their skipper Christian Lealiifano was flattened 15 minutes in by a high tackle from Reds prop Taniela Tupou.

The 'Tongan Thor' was shown a yellow card and the referee cancelled a Reds try that came seconds after the tackle.

Reds enforcer Scott Higginbotham drew another yellow card after the half-time siren, only minutes after being injected when a groggy Lukhan Salakaia-Loto came off in the wake of a head-knock.

Andy Muirhead scored a try while Tupou was in the sin-bin, with Rory Arnold getting another while Higginbotham was off.

Lachlan McCaffrey, Tom Wright and Murray Douglas also crossed for the Brumbies, the only Australian team to qualify for the playoffs.

Bryce Hegarty, Duncan Paia'aua and Liam Wright scored the tries for the Reds, who finished fourth in the Australian conference with six wins and farewelled Japan-bound skipper Samu Kerevi.

"Obviously a dangerous game but I thought we turned up with a real nice mindset," said Lealiifano.

"I think there's still some improvement within us so we're pleased with how we're performing at the moment ... Hopefully we've got another few weeks left."