Steven Adams has been included in an extended New Zealand men's basketball squad for September's World Cup, although the NBA star is no closer to making his Tall Blacks debut. 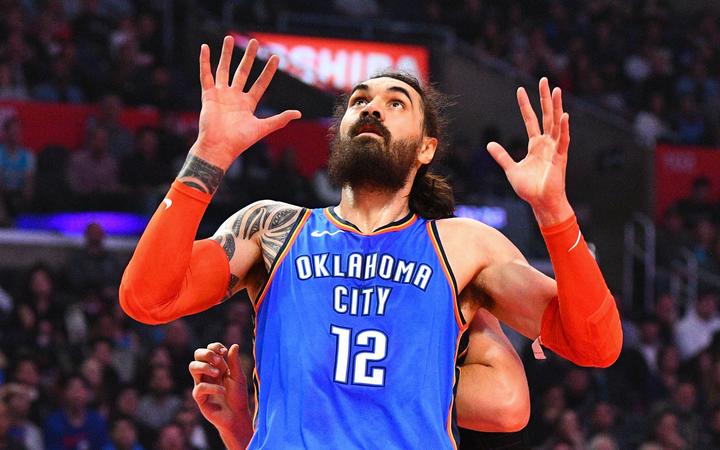 The Oklahoma City Thunder centre is included in the long list of 25 players, but Basketball New Zealand says there has been no confirmation of his availability, rather it allows for those conversations to continue and for Adams to be available for selection to China if he does make that call.

"Basketball New Zealand has been in regular communication with Steve and his agency and management at OKC,"coach Paul Henare said.

"We will look to conclude those conversations in the weeks ahead, but clearly Steve is a player we want wearing the black singlet.

"What he would bring to the team is international size, what he can do at the defensive end of the floor is phenomenal, with his ability to block and change shots and what he does from a rebounding perspective at both ends of the floor.

"That is something we have rarely had at our disposal is that genuine size and athleticism at that pivot spot. Obviously we would love to have him, but ultimately that decision comes down to Steve."

Fellow centre Jack Salt has however made himself unavailable as he looks to transition from college to the pro ranks.

After winning the NCAA title with Virginia earlier this year, Salt is currently working out in LA and will attend summer camp in Vegas after the NBA draft.

A final 12 for the World Cup will be named after a training camp in August.