The Netherlands have snuck away with a 3-2 win over the women's Black Sticks in Holland. 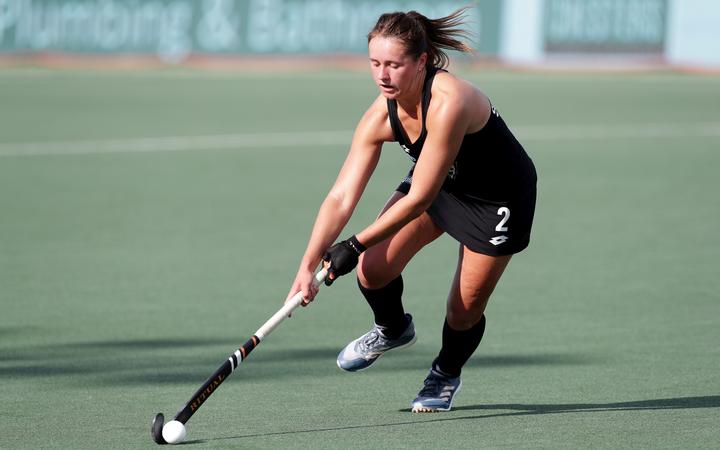 The Black Sticks found themselves down by two goals early in the match, however they managed to battle their way back into the contest scoring an equaliser with five minutes to go.

The opening quarter of the match saw both sides holding possession to construct some positive attack. New Zealand had the first penalty corner of the match after Amy Robinson found a Dutch players foot in the circle.

The Netherlands defence stopped the shot to keep the score at 0-0.

The first quarter was an even contest with both sides having a good amount of possession and circle entries, the Dutch though held a slight advantage with seven circle entries to the Black Sticks four.

The Netherlands started the second quarter with their first penalty corner of the match. Brooke Neal pulled off a great save on the line to deny the Netherlands.

The Dutch continued to apply pressure and were rewarded in the seventh minute when Kelly Jonker was left open in the circle and powered a shot past the Grace O'Hanlon to put the Netherlands up 1-0.

They then extended their lead when the Kiwis couldn't clear their circle, and seized on the turnover passing the ball around O'Hanlon and into the goal.

Netherlands held 63 percent of possession in the second quarter with 12 circle entries.

The Black Sticks started the third quarter looking to find their way back into the match, it was the Netherlands who had the best of the early chances in the quarter, however Black Sticks goalkeeper Grace O'Hanlon pulled off some outstanding saves to keep the Dutch team out. Late in the third Stacey Michelsen found a foot in the circle to earn the Black Sticks a penalty corner. Olivia Merry then swept the penalty corner shot into the goal.

The final quarter was end to end play as both sides looked to ramp up the pressure and take control of the match. Midway through the final quarter the Black Sticks earned a penalty stroke after Kirsten Pearce was deliberately hacked in the circle.

Olivia Merry stepped up and calmly put the stroke into the goal. The Dutch almost immediately stormed down the field and then put a fantastic shot in past O'Hanlon to get reclaim the lead.