Rory McIlroy threatened to shoot 59 but fell just short of that magic number as he marked his Canadian Golf Open debut with a seven-stroke victory in Ontario. 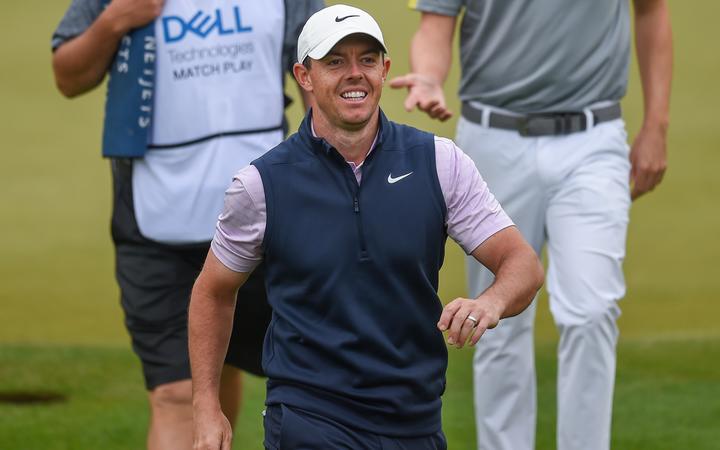 Needing to birdie the par-four 18th to break the 60 barrier, the Northern Irishman pushed his approach into a bunker at Hamilton Golf & Country Club.

He tried to hole the 35-foot sand shot but could not pull off the feat as his ball trickled past the hole and he made a bogey after missing a sharply-breaking seven-foot putt.

Nevertheless, McIlroy carded a stellar nine-under-par 61, matching his career-best score on the PGA Tour in a near-perfect confidence-booster for next week's U.S. Open at Pebble Beach.

"Obviously this is a huge tournament to win, I'm very proud of myself, but going forward for this season, to play the way I did in a final round like this, I'm going to take a lot from this and I'm excited for next week," McIlroy told CBS television in a greenside interview as the huge crowd chanted his name.

"I said from the start I wanted to be aggressive. I played with so much freedom yesterday and I just wanted to keep that going today. Tied for the lead going out and playing with that freedom, it gives me so much confidence."

Four-times major champion McIlroy finished at 22-under 258, while Irishman Shane Lowry (67) and American Webb Simpson (68) tied for second place on 15-under.

It was McIlroy's 16th victory on the PGA Tour, and he has now won a national championship in six different countries -- after previous successes at the U.S. Open, British Open, Irish Open, Australian Open and Hong Kong Open.

"It's really cool," he said. "I've had such a great week here in Canada. I'm very proud to win my sixth national open and I can't wait to come back next year."

McIlroy made his intentions clear from the very first hole on Sunday, where he launched a 350-yard drive and then struck the pin with his pitch shot from 40 yards.

The tap-in birdie gave him the solo lead and he never looked back, adding eight more birdies to get to nine under par for the round after 14 holes.

With a score of 59 realistic, McIlroy kept playing aggressively, but a bogey at the par-four 16th where he tugged his approach shot ever so slightly was an undeniable setback.

He roared back with a tap-in eagle at the par-five 17th after a laser-like 200-yard approach, and the 59-watch was back on. Alas, it was not to be.