New Zealand driver Scott Dixon has shouldered blame for the crash which shunted him out of the latest IndyCar race in Fort Worth, Texas. 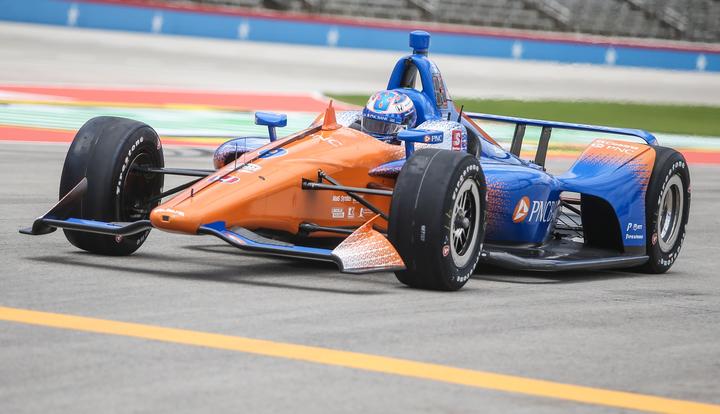 The five-time IndyCar series champion was well placed for a podium finish when he drifted down to cover an inside overtaking manoeuvre by rookie driver Colton Herta with 17 of the races 248 laps remaining.

The two cars touched then crashed into the barrier, with Dixon later admitting that he'd just pushed a little too hard as looked to shut down Herta.

"I started to track down, just to try and close it off. As I looked down, I saw his shadow on the apron and I'm like 'Oh, this isn't going to work out'," he said.

"Sorry if it was my fault. I was pushing, trying to get the most out of it and ended both of our days. I feel bad for Colton."

Looking at the onboard just got pushed onto the apron and car was unloaded at that point. Feel bad for the team as we were in it for the win there. Appreciate @scottdixon9 apologizing he doesn’t race like that and was an honest mistake. No bad blood moving forward just hungrier! pic.twitter.com/XTIuRogP2J

The 2019 championship leader fended off Alexander Rossi in a thrilling duel over the final 10 laps to capture the title. Newgarden, in the No. 2 Fitzgerald USA Team Penske Chevrolet, won by 0.8164 of a second to collect his 13th career win, third this season and first on a superspeedway.

He now heads the overall standings with 367 points, a 25-point lead over compatriot Rossi. Frenchman Simon Pagenaud lies third on 319, with Dixon (278) fourth.

There are eight races left in the series, with the next Grand Prix at Road America in Wisconsin in two weeks.