Bangladesh are preparing to play hosts England in the World Cup this weekend having started the tournament impressively in beating South Africa and pushed fancied New Zealand close in a thrilling finish earlier this week.

There is nothing to suggest the players had a traumatic experience recently but it is less than three months since most of the squad witnessed an attack which resulted in 51 deaths.

For Tigers head coach Steve Rhodes, who took charge of Bangladesh in June 2018, a daunting challenge in a new country and unfamiliar conditions became even more complex when his team came "within minutes" of the Christchurch mosques attack in March.

The former wicketkeeper-batsman, who played 11 Tests and nine one-day internationals for England, has found himself part of a group coming to terms with witnessing horror and supporting each other in the process.

"Often in the evening, there'll be five, six, seven guys together in a room just chatting away - communicating things with each other, sharing their thoughts about that event," Rhodes, 54, told BBC Sport. 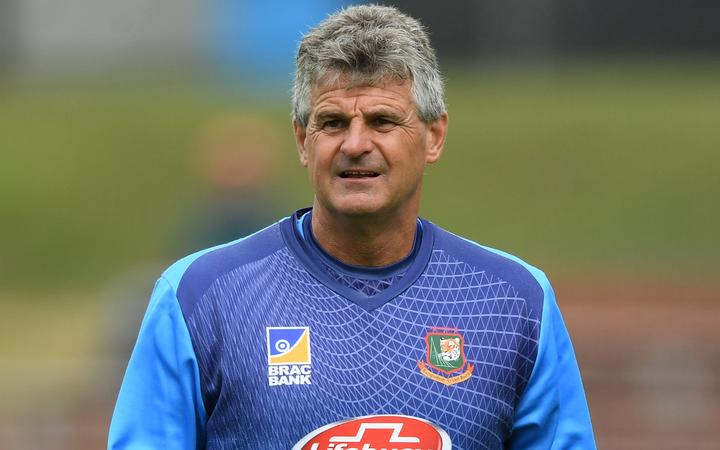 "They have tried to help each other through it, and you know, I've got a lot of respect and admiration for the way they have pulled through.

"There's a lot of smiley faces at the moment, and going back to that day in Christchurch, I was thinking, 'how do we get a team back together after?'

"But they have done it."

On 15 March, Bangladesh had just completed their final training session before the final Test of a three-match series against New Zealand at Christchurch's Hagley Oval.

A short walk from the picturesque ground was the city's Al Noor mosque.

After captain Mahmudullah's news conference had overran, 17 of the squad and support staff took the team bus for the short journey to attend Friday prayers.

It felt like any other day before a Test. Except it wasn't.

As they stepped off the team bus and approached the mosque, gunfire could be heard from inside.

Unfolding a mere 50 yards away was a mass shooting, as two mosques were targeted.

As the shooting continued, the group fled back to the team bus where they were initially held.

At the time, ESPN Cricinfo's Bangladesh correspondent Mohammad Isam reported how opener Tamim Iqbal called him on his mobile phone to try and tell him what was happening and what they could see. 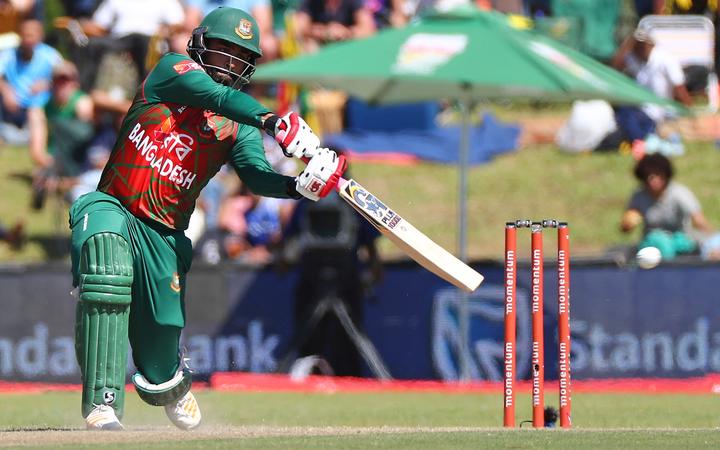 "The players were breaking down; they had seen way too much in the 15 minutes they were held up in the bus, there was no security because it is such a peaceful country," Isam said.

"The players heard shots being fired, they saw people tumbling out of the gates and ducked under the bus."

Eventually they left the bus and retreated on foot back to Hagley Oval, where Rhodes was among a few who had remained after training.

The touring party were secured in lockdown, first at the ground and then their hotel, before flying back to Dhaka and their families the following day after the Test was cancelled.

Rhodes said "cricket certainly got put into sharp focus" by what happened in Christchurch.

Counselling services have been made available but not widely taken up.

"Have the players got over this? I think they're getting there and they feel safe over here and with the security we've got," Rhodes added.

"I know that the right thing to do is just to crack on and get on with cricket and that's what the boys have done."

Rhodes said the World Cup is a "a distraction" from the "shock and horror" of what the players witnessed in New Zealand.

"These guys have got no agendas, they're just cricketers who want to play in a World Cup and do as well as they can," he said.

"Hopefully they can win a World Cup - that's their dream.

"That's at the forefront of their minds at the moment and thankfully the events in Christchurch are now slowly, slowly going away from their thoughts."

Rhodes has been able to draw on previous conversations with International Cricket Council match referee Chris Broad, England head coach Trevor Bayliss and Warwickshire sport director Paul Farbrace about their experiences of the attacks on the Sri Lanka team bus in Pakistan in 2009.

"I actually spoke to those three about those events in Pakistan before what happened in Christchurch and it's very sad," he said.

"It's also sad to see what happened recently in Sri Lanka on Easter day as well. That's another wonderful cricket-playing country that's going through some struggles.

"It's a worry for the whole world."

Bangladesh came into this World Cup with some strong performances in previous ICC tournaments.

Quarter-finalists in 2015, they were also semi-finalists two years ago in the Champions Trophy in England.

"Hopefully we can sneak along the rails and surprise a few people," he said.

"The international experience of our guys is one of our strengths. A lot have played international cricket for a long period of time now and we've got plenty of ODI caps under our belt.