The Highlanders hopes of reaching the Super Rugby playoffs have been dealt a near fatal blow after Jaco Visagie scored a late try to snatch a 24-24 draw for the Bulls in Dunedin on Friday. 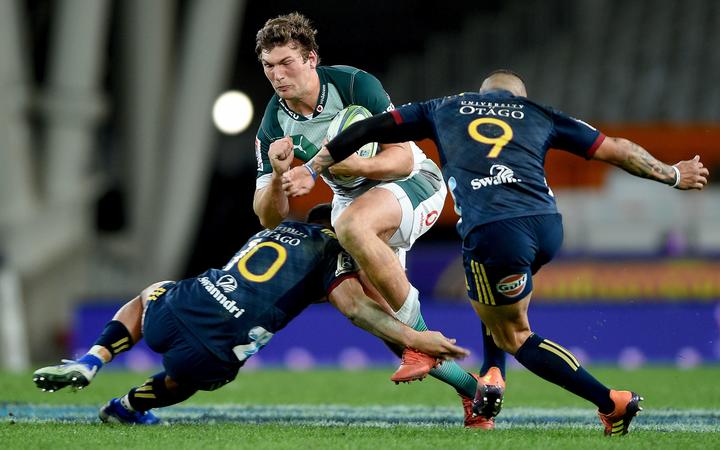 Visagie's 75th minute try, after the Bulls finally cracked the Highlanders' defensive line in a match that was played at a high tempo, moved his side to 36 points on the table, while the Highlanders could only improve to 31.

Divan Rossouw and lock Jason Jenkins also scored tries for the Bulls, who are now fifth on the table, while the Highlanders are 10th and effectively out of contention for the top eight.

The Highlanders face the Waratahs in Invercargill next Friday.

The home side's hopes rested on securing at least one, if not two bonus point victories in their final two matches of the regular season and they were keen to keep the ball alive and play at high tempo against a big Bulls pack.

Their ball security, however, was not up to the mark, with the Bulls not much better as both sides failed to build any pressure at all.

Highlanders centre Rob Thompson was instrumental in all of his side's first half tries, with his strong running and distribution allowing McKay to cross twice, while Naholo also grabbed his first.

The All Blacks winger, however, was guilty of gifting Rossouw his try when he let the ball bounce and the fullback pounced to open his side's scoring before Jenkins also crossed after having an earlier try ruled out.

The Highlanders, who had led 19-14 at the break, continued to play at high tempo afterwards, with Thompson's strength and ability to get the ball free in the tackle freeing up space for Naholo to grab his second.

Handre Pollard added a 58th minute penalty to drag the Bulls back to 24-17 before the visitors virtually camped inside the home side's 22-metre area for the rest of the game before Visagie crashed over.