The veteran New Zealand defender Abby Erceg says they're in a good place mentally and physically heading into the FIFA Women's World Cup. 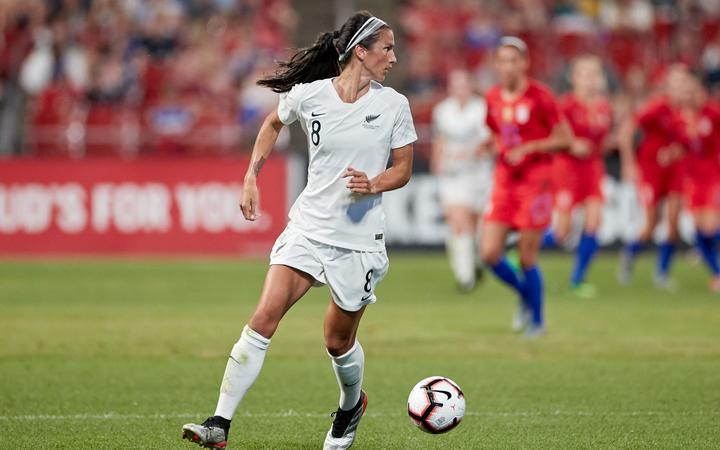 The tournament starts this weekend.

This is the fifth time New Zealand has been to a World Cup finals and fourth straight.

The Football Ferns have never won a game at a finals and are yet to make it past group play.

This will be the fourth tournament for the US-based Erceg.

She retired twice, before returning earlier this year following the independent review into the organisation and previous coach Andreas Heraf.

Erceg says the set-up is certainly a lot more settled.

"Less stress off the field will automatically relate to less stress on the field, playing at this level is stressful enough we don't need to add anything off the field and bring that into the game, so if a player can go in with a clear mindset I think that will help."

"It's probably the most experienced squad we've ever had," said Erceg, while some of the younger players in recent years have managed to get valuable game time under their belts and we haven't had that in the past, we've pretty much stuck to the same eleven."

"Game time is actually really critical to their development, they need to learn to play at that level and we've been able to have that for the last couple of years, so in terms of experience, young players have a lot more experience and so do the older players so I think it brings up the team a little bit more than previous World Cups and Olympics."

This is a fourth straight World Cup for 29 year old Erceg and possibly her last.

"They're still special and you never take these events for granted, four is really special and not a lot of players in our team have that experience so I do cherish that but in saying that we're not at these events just to be here."

"We've done that in the past which is great and we've enjoyed those experiences, but this is our fourth time being here we can't just turn up and hope to play well, we really have to put in a good performance." 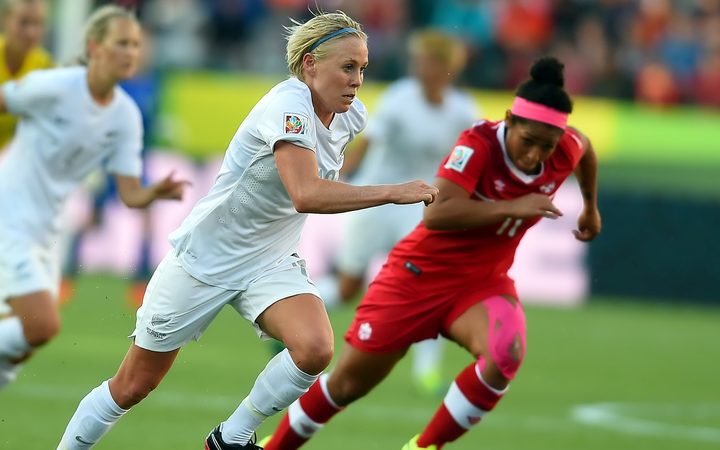 The Football Ferns in action against Canada in the 2015 World Cup Photo: Photosport

The Ferns lost 1-0 to the Netherlands, drew 0-0 with Canada and drew 2-2 with China at the last World Cup in Canada in 2015 and finished bottom of their group.

"It's more business this time we're really making sure we're nailing down technically and tactically what we need to do to get through the group stage."

Erceg says getting out of their group, which contains world number five Canada, eighth ranked the Netherlands and 46th ranked Cameroon, is their aim.

"At previous World Cups I think our goals have been a bit unrealistic, but I think here we've been extremely realistic about where we're at and what we're capable of."

"We have to take it stage by stage and the first stage is getting out of our group, which is the most important thing and that will require us taking points off the other teams."

New Zealand open their World cup campaign against the Netherlands in Le Havre on 12 June.

The opening game is between host France and South Korea tomorrow.