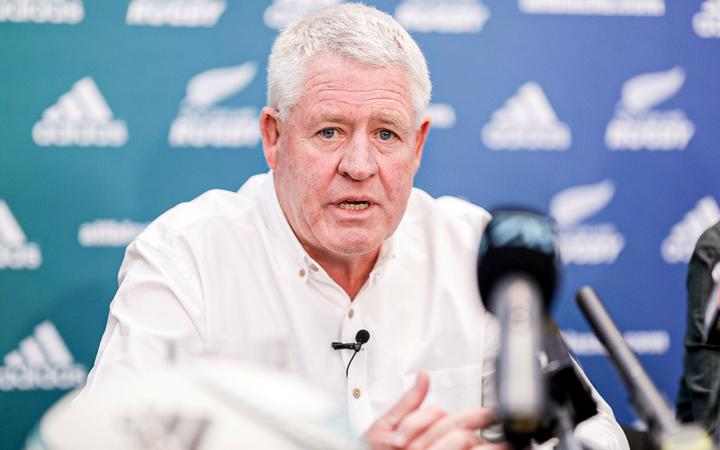 That's not to say his 12 years as New Zealand Rugby (NZR) chief executive passed without incident or that he and the organisation were always right. Just that, on the whole, the good definitely outweighed the bad.

That Tew has chosen to bow out in December comes as no surprise. When All Blacks head coach Steve Hansen was granted his most recent contract extension, in 2016, Tew suggested he too would walk away after the 2019 Rugby World Cup.

The pair, going right back to Canterbury and then the Crusaders, have been great for each other. Both real men's men, they've evolved and grown, just as the All Blacks and NZR have in recent years too.

Some of that's been by design, while other events have forced Tew's hand.

His legacy will be NZR's continued financial strength and the fact that most of the players Hansen wanted retained, have been retained. If the odd sabbatical clause has been required, then so be it.

It's easy to forget what a dark period it was for All Blacks rugby between 1991 and 2011. All those world cup disappointments ate away at people and dissatisfaction with NZR grew with each tortured exit from the tournament.

Under Tew, the All Blacks won at home in 2011 and then defended that title at Twickenham in 2015. Those were great achievements and changed the way New Zealand rugby was perceived. Chokers is an ugly tag, but now this country is associated with nothing but rugby excellence.

Tew's other great deed relates to the women's game. Contracts for seven- and 15-a-side players, not to mention respect and a decent domestic competition, are things that would've seemed fanciful 10 or even five years ago.

But that wasn't necessarily a case of NZR being progressive. Those developments were down to the stellar performances of the players and a demand from the public that those be recognised.

There will always be people who don't believe Tew and NZR did enough for women. Those who still feel the investigation into the Chiefs' incident with a stripper was a whitewash, or who wonder how Wellington's Losi Filipo ever made it into a national sevens development squad.

There have been murmurings too about the culture at NZR. Former NZR general manager of rugby Neil Sorensen has gone on the record once or twice about "bullying'', without his comments ever gaining great traction or injuring Tew.

The fact is that NZR has a reputation for being a better employer than most, a place where people are treated with respect and valued. That's been a learned behaviour, but at least it's happened.

A lot of this falls under the bracket of "industry talk,'' though. The type of stuff that journalists and those involved in sport administration gossip and care about, but most folk don't.

To them, Steve Tew exists but only in a small way. If there's a Steve they're interested in, then it's Hansen and who he's going to pick at blindside flanker this year and whether the All Blacks can defend the world cup again.

New Zealand Rugby was hardly in disarray with Tew assumed charge of it, but that shouldn't diminish the scale of his contribution.

All Blacks like to talk about leaving the jersey in a better condition than they found it and Tew's gone and done the administrative equivalent.

You can't ask for a lot more than that.