New Zealand have been beaten 5-4 by Colombia on penalties in their under-20 football World Cup knockout match in Poland.

Colombia opened the scoring early on but New Zealand struck back with an equaliser from Elijah Just, 10 minutes before half-time.

There were no goals in the second half forcing the match to extra time, but 30 minutes later the two sides could still not be separated and the match went to penalties.

Junior All Whites keeper Michael Woud saved the first three penalty shots by Colombia but the third had to be re-taken after the referee ruled Woud had moved off his line too early. 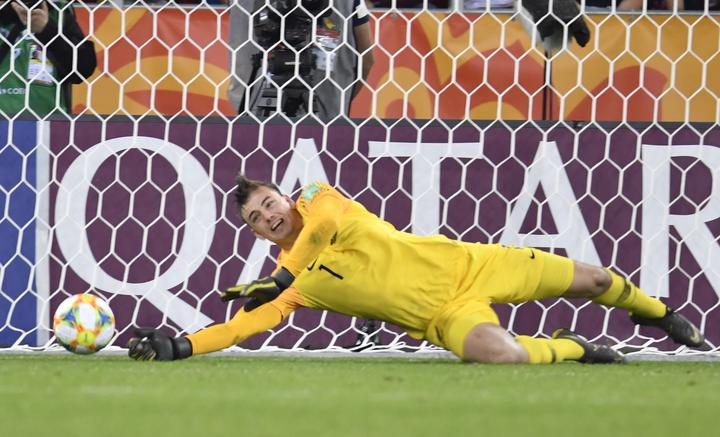 Junior All Whites goalkeeper Michael Voud makes a save during the penalty shoot out. Photo: Photosport

New Zealand missed three penalty shots giving Colombia the win and a place in the quarterfinals.

The match was an evenly contested affair with New Zealand dominating possession and having six shots on target compared to Colombia's seven.

It was New Zealand's strongest performance at the under-20 tournament with wins over Norway and Honduras in pool play.

"The way they've just played, they've shown that New Zealand players can not only compete but can also win on the world stage," said coach Des Buckingham.

"They've shown that in the group games and I thought the way they played was fantastic. I'm so proud of what we've achieved, individually and collectively, and how we've represented the country.

"There's going to be some devastated players here but they will reflect upon the last four or five weeks and realise the impact this has hopefully had on football in New Zealand," he said.