Liverpool defender Trent Alexander-Arnold says the pain of losing in last season's Champions League final against Real Madrid will spur him on against Tottenham tomorrow morning. 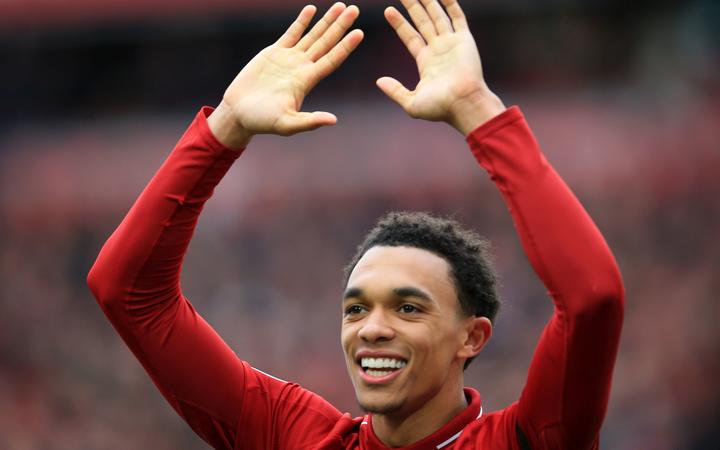 After a 3-1 defeat in Kiev last May, Liverpool fought their way back to this year's final at Atletico Madrid's Wanda Metropolitano stadium, where they will look to lift the European Cup for the first time since 2005.

Alexander-Arnold started last year against Madrid, who eased to victory with goals from Karim Benzema and a brace from Gareth Bale.

"The experience helped us, it would be daft to forget what happened last season," Alexander-Arnold told a news conference on Friday.

"We've learned from Madrid in Kiev, their style, the way they won the game. Over the course of the season we've proven why we're such a good side.

"Personally I don't want to feel tomorrow how I felt in Kiev last season. That will be running through my mind and I'll put that extra one or two percent in."

The English right-back and his Scottish team-mate, Andrew Robertson, Liverpool's left-back, laid on a combined 23 assists for team mates this season in the Premier League.

The duo are one of Juergen Klopp's team's most potent attacking weapons and intend to keep attacking in Saturday's showpiece.

"We have respect for the opposition but we play in a certain style and try not to change that for any team," said Alexander-Arnold.

"We need to be high up the pitch and in their half, we'll try and play in our own way and not change it."

Robertson hopes to win the trophy for coach Klopp, who has sustained a six-match losing run in finals.

"Since he's come here he's changed how the club is," said Robertson. "We obviously want to try and repay him with a trophy. It's not just for him, it's for the team behind him and all the fans.

"Of course it would be nice to see him getting his hands on the trophy."

Kane has not played since the quarter-final first leg against Manchester City in early April when he suffered an ankle injury.