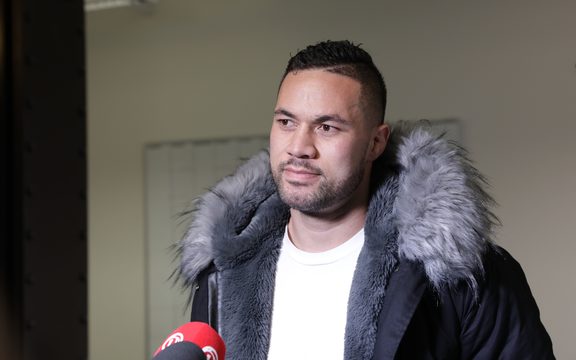 Parker will fight for the first time with Matchroom Boxing USA against American Eric Molina in Rhode Island at the end of the month.

The bout will be on the undercard of the Demetrius Andrade's WBO Middleweight world title defense against Poland's Maciej Sulecki.

In a statement from Matchroom Boxing, Parker said he's been looking at his options since his contract with Duco Events ended in March.

"Ultimately we decided that the best option was to partner with Eddie Hearn and Matchroom Boxing. We believe the three-fight deal that we are announcing today will be the start of a long and successful partnership."

Matchroom Boxing's Eddie Hearn said he had no doubt Parker could once again become Heavyweight Champion of the world.

"If Joseph Parker performs the way we all know he can over these next three fights then he will have a strong case for some huge fights," Hearn said. "Parker is a young man with a great mix of experience and ambition, and this is a really exciting signing for Matchroom.

There are reports the three-fight deal is worth $6 million.

Karolina Pliskova's quest for a maiden Grand Slam title at the French Open came to an end as the second seed lost 6-3 6-3 to Croatia's Petra Martic. 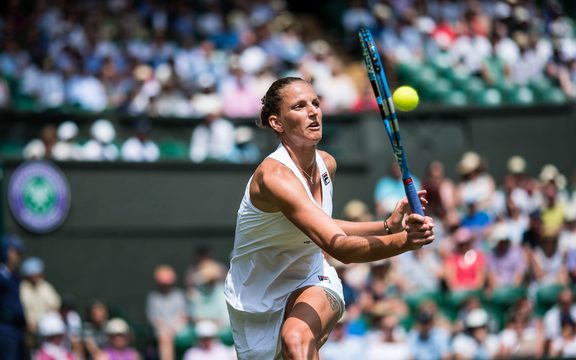 The powerful Czech struggled throughout to find the range on her feared serve and forehand as 31st seed Martic matched her best performance by reaching the last 16.

Martic broke in the seventh game and then again two games later as Pliskova hit a backhand long to drop the opener.

A lacklustre Pliskova then dropped serve again at the start of the second set before hitting back with a flurry of winners to break her 28-year-old opponent twice in a row.

The fightback did not last though and Martic regained control with two more breaks before serving it out at 5-3.

The 27-year-old Czech made twice as many unforced errors as Martic and complained that the Philippe-Chatrier court was slow, and therefore did not suit her game.

Meanwhile Roger Federer eased past Norway's Casper Ruud 6-3 6-1 7-6(10-8) to become the oldest male player to reach the fourth round at the French Open.

Playing in his 400th Grand Slam match, the 37-year-old showed little mercy to his 20-year-old Norwegian opponent, whose father Christian reached the third round when Federer first played on the 'terre battue' of Roland Garros as a wild card entrant in 1999.

The New South Wales Waratahs defended grimly to claim an attritional 20-15 win away to the Melbourne Rebels and keep their slim hopes of reaching the Super Rugby playoffs alive.

Centre Adam Ashley-Cooper and winger Curtis Rona scored the tries for the Waratahs, who held firm as the Rebels spent much of the second half camped deep in their territory.

Despite the loss, the Rebels grabbed a bonus point to move to top spot of the Australian conference but can be overhauled by the ACT Brumbies on Saturday when they play the Sunwolves.

The Rebels pulled within five points after Will Genia scored their second try in the 59th minute but the home side ended up frustrated on a damp night at Melbourne Rectangular Stadium.

Parramatta have taken advantage of a depleted South Sydney outfit to claim a 26-14 victory and end the NRL ladder leaders' winning streak at seven.

The Rabbitohs were missing seven players through State of Origin duty or injury, including Damien Cook, Cody Walker and Cameron Murray.

An eighth player, James Roberts, was only signed to the club on Wednesday.

But that mattered little to a near full-strength Eels, who ended their own run of three straight defeats on the back of a strong Mitch Moses effort.

The win consolidates Parramatta's top-eight spot, while Melbourne, who have the bye, will steal top position from the Rabbitohs on percentages.

Lennon to stay on at Celtic

Scottish football club Celtic have confirmed Neil Lennon as their permanent manager on a 12-month rolling contract after the Northern Irishman helped them secure an unprecedented 'treble-treble' this season.

Lennon, 47, began his second spell in charge of the club on a short deal until the end of the campaign after compatriot Brendan Rodgers left to take over at Premier League side Leicester City in February.

The former Celtic player helped them win an eighth straight Scottish Premiership title and the Scottish Cup, completing a sweep of all domestic trophies for a third straight year after Rodgers had delivered the League Cup before his departure.

Lennon joined Celtic as a player from Leicester in December 2000 and went on to make 304 appearances for the club. He won five Scottish league titles with the club and steered them to two more as manager during his spell in charge from 2010-14.

The Mitchelton Scott rider, second overall in the 2016 Giro, attacked several times from a group of breakaway riders in the final climb to snatch a solo win, the third of his career on the Corsa Rosa.

Today's penultimate stage is a brutal mountain trek in the Dolomites before the final individual time trial in Verona on Sunday.