It sounds like something straight out of Fawlty Towers.

Remember Basil Fawlty and his efforts 'not to mention the War' to a group of German tourists?

Well a bizarre Blues ban has been slapped on Queensland, with coach Kevin Walters refusing to let his Maroons players - or the media - mention New South Wales ahead of the State of Origin opener.

Adopting lessons learned from a "Coach Whisperer", Walters has raised eyebrows for the second time in as many days by enforcing the unprecedented request at the Maroons' fan day. 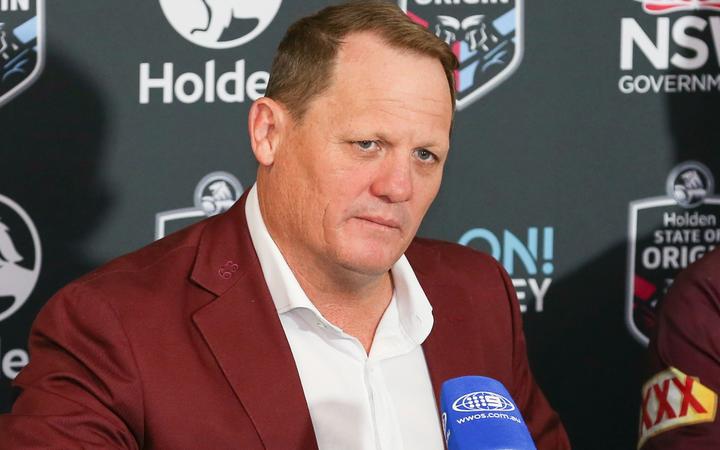 A day after Walters surprised reporters by declaring the Maroons will win next week's State of Origin series opener, he turned heads again by asking media not to mention the opposition to Maroons players for the rest of the series.

Known as the "Coach Whisperer", Stubbs has been involved with numerous high profile sporting teams and has been credited as the key to two NRL premierships and an A-League crown with his Expect to Win sessions.

Walters has already adopted one of Stubbs' key teachings by ditching the word try and declaring the Maroons will win the June 5 opener when he unveiled his team on Monday.

And 24 hours later Walters was at it again, relaying a message to media at the Maroons fan day at Charleville that they were not to mention the Blues or ask players about them.

Not mentioning the opposition is another key tactic of Stubbs who reportedly instructed former Sydney FC coach Graham Arnold to drop the word Victory from A-League rivals Melbourne and made Wallabies mentor Michael Cheika refer to the All Blacks as New Zealand.

It led to bizarre scenes on Tuesday with Maroons debutant forward Joe Ofahengaue going out of his way to avoid uttering NSW when he fronted the media.

When a reporter became frustrated and asked who they were playing on June 5, Ofahengaue said: "I think we are playing the other team".

And when quizzed about his Brisbane teammate Payne Haas who will make his NSW debut next week, Ofahengaue said: "I don't want to talk about the other team."

It seems Walters' winning approach adopted from Stubbs has already rubbed off on Ofahengaue. 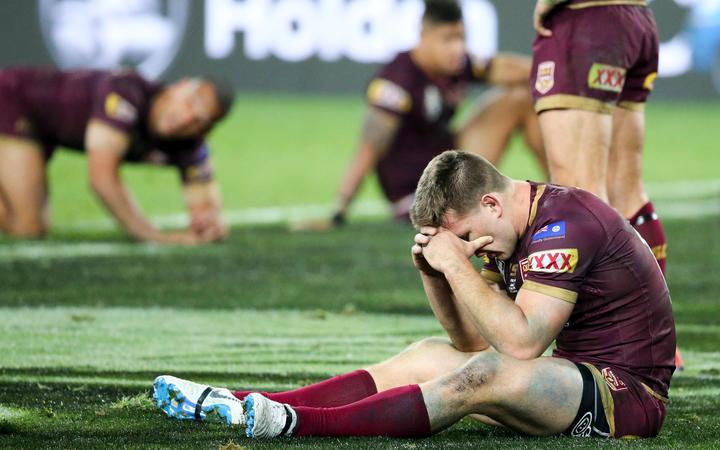 The Queensland Reds contemplate their State of Origin series loss in 2018. Photo: Photosport

"I actually believe we can win it this year. I think a lot of the boys believe," he said.

"I think the coaching staff have a great plan for us and I hope I can contribute to us winning.

"Kevvie said we can't talk about them. He just wants the focus to be on us and what we can do," he said.

"He believes he has picked the team that can win the series and wants us all to buy into that."