Carrington added to yesterday's K1 200 title with victory in the K1 500 final and she then teamed up with Kayla Imrie, Aimee Fisher and Caitlin Ryan to win the K4 500 final. 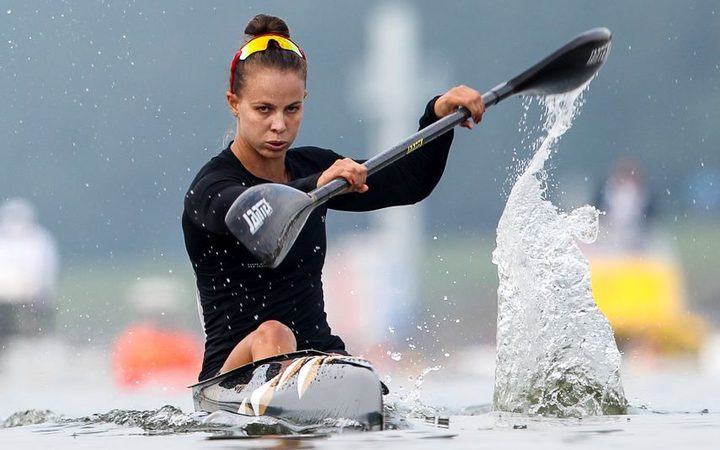 She blitzed the field to win K1 500 winning by two boat lenghts.

Carrington has not won a K1 500 title at an Olympic or world championship level since 2015, but is hopeful her preparation this year will put her beck on top of the medal dais.

"It was really good to have a really good practice before world champs later this year, there's nothing better than being on a really big stage like this one and having practice at that," Carrington said.

"This is definitely a different build-up to anything I've had before, being in a team, being in a K4. There's always pressure, and that does get to you a little bit, but it's pretty exciting to have four girls going really well."

The New Zealand K4 of Carrington, Kayla Imrie, Caitlyn Ryan and Aimee Fisher bounced back after a scratchy heat and semi-final to hold out France and Germany in the 500 final.

"With anything, no matter how long you've been doing it, you are always learning," Fisher said.

"Competition is getting so tight the closer we get to the Olympics, so you always have to be out there chasing that little one per cent and mixing things up.

"It's always a little bit harder, racing under the pressure of a world cup, but it's good to come and get some experience and just keep growing."

Fisher and Ryan also finished fifth in the women's K2 200.