The Chiefs tackled themselves into a standstill and twice defied an 11-man driving maul in the final five minutes to hold off the Reds 19-13 at Waikato Stadium. 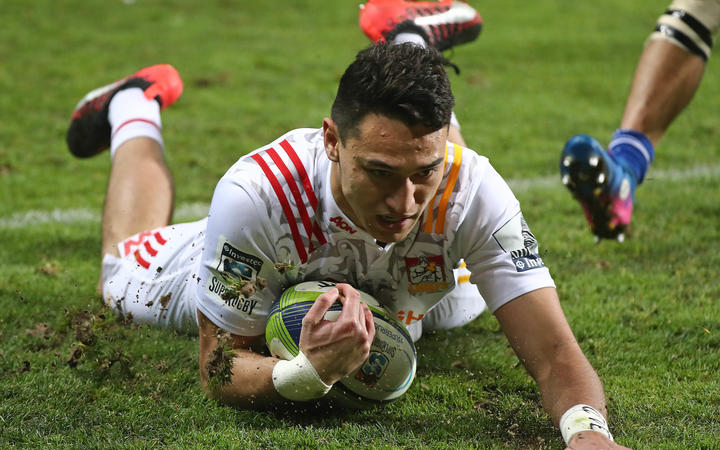 Shaun Stevenson of the Chiefs scores a try during the 2017 Super Rugby Quarter Final match between the Stormers and the Chiefs at Newlands Stadium, Cape Town on 22 July 2017. Photo: PHOTOSPORT

Pita Sowakula, Atu Moli and Etene Nanai-Seturo scored first half tries for the Chiefs, who spent virtually all of the second spell defending as the Reds controlled the ball but were unable to breach the home side's impressive defensive line.

Taniela Tupou scored the only points of the second half with a try from a sustained buildup as the visitors hammered at the Chiefs' line.

The visitors forced the Chiefs to make 240 tackles in the game.

The Reds made less than 90.

Referee Angus Gardner initially awarded two tries to the Reds and one to the Chiefs in the first half but television match official Glenn Newman overruled all three.

The match was the last of the season in Hamilton for the Chiefs.

"You can't be mad at a side when guys are getting up and putting their bodies on the line time and time again," says Sam Cane

"but we can't keep playing rugby like that because it will just kill us.

"We've got to look at ways we can get the ball down their end of the park better, trap them down there force turnovers from it becasue at the moment we're just playing in our half or defending."

Look back over the highlights of the match here.