Scott McLaughlin has overcome a first-lap tangle with teammate and fellow Kiwi Fabian Coulthard to continue his sensational Supercars form. 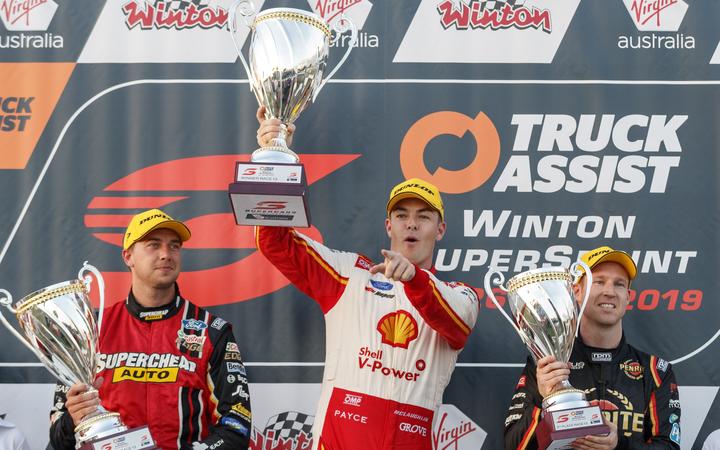 The DJR Team Penske star claimed his ninth win of the season on Saturday at Winton, finishing ahead of Tickford Racing's Chaz Mostert and Penrite Racing's David Reynolds.

The victory increases McLaughlin's championship lead to 232 points over Coulthard - the big loser after the pair collided on the opening lap.

McLaughlin, who started the race from fifth position, was jostling for position with Coulthard heading into turn five of the first lap.

As the defending champion went to make the turn, Coulthard's Mustang collided with the rear of McLaughlin's car and both went into the dirt.

While Coulthard pulled up his car and rejoined the race in the middle of the field, McLaughlin cut across the 3km track and rejoined just before turn eight.

He redressed back to third position before continuing with his race, a move which was later given the all-clear by race stewards.

"It's a bad situation for the team. We'll sort it out," McLaughlin said.

"I wasn't prepared to go the wrong way. I went straight through, for my own safety, for everyone else's safety - I wasn't going the wrong way on the field.

"That was my decision at the time ... bottom line for me, I wasn't going against the field." 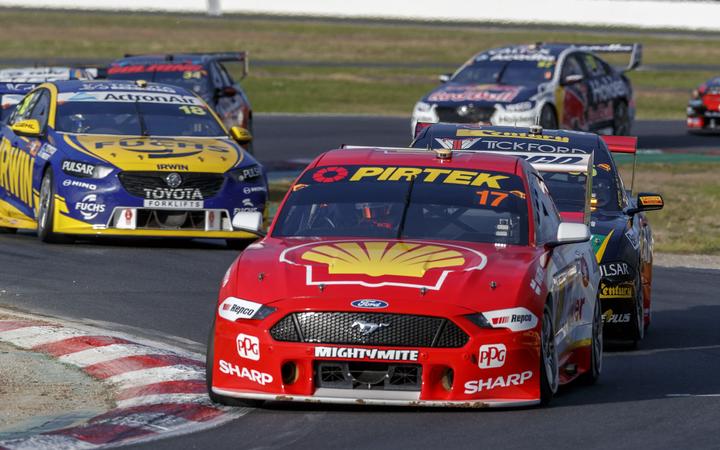 Coulthard was later hit with a 15-second penalty for his role in the incident and queried why he'd lost so much track position in comparison to his teammate as he sat in the pits serving his penalty.

By the end of the race, however, Coulthard conceded he'd made an error.

"Driving the car, we make split-second decisions and, at the time, I thought it was the right thing," Coulthard said.

"If I could hit rewind and replay it again like you can on TV or on Playstation, I would ... the policy is not to hit each other and today I did the wrong thing and broke team policy.

"I'm disappointed in myself."

Mostert, who started from pole position, was happy enough with his day and didn't feel aggrieved by McLaughlin's track-cutting rejoin.

"He was hit off. It wasn't his fault. It's the toughest thing with the rain and the fact it's very slippery here.

"In the end, he was the fastest guy."

Reynolds also had to endure a five-second penalty after forcing James Courtney wide for the race lead early but came home ahead of Courtney for a podium finish.

"We still ended up third. I don't think we could have caught those blokes anyway."

The Winton SuperSprint wraps up on Sunday with a 200km race.