Kiwis rugby league captain Dallin Watene- Zelezniak is on the hunt for another NRL club after Penrith granted him permission to speak to rival clubs.

Watene-Zelezniak still has 18 months remaining on his current deal.

Kiwis and Wests Tigers coach Michael Maguire says the move came as a surprise to him and hasn't ruled out trying to recruit him for the Tigers.

Watene-Zelezniak has been heavily linked with Parramatta, but it's understood the Tigers have space in this year's salary cap, however are running tight on next year's budget. 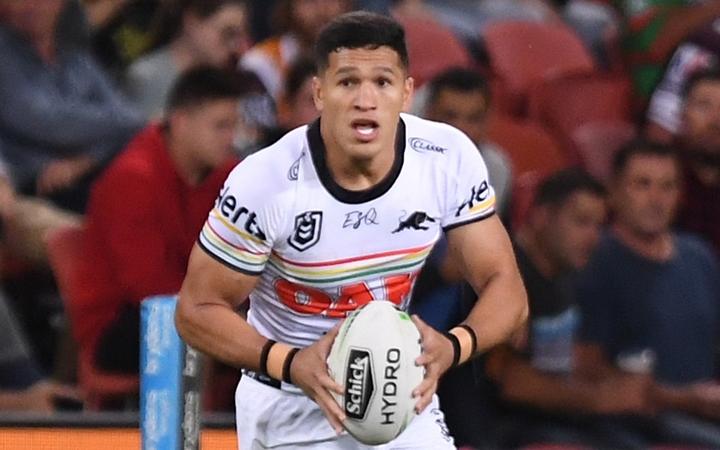 Asked whether he'd be keen on luring the 23-year-old to Concord, Maguire said "Oh look, he's a great player and wherever he ends up, he'd do a great job. That's one thing I do know.

"He's got to remember that he's the captain that played in a Test match over there against Australia and it was an incredible performance that he showed.

"So he's just got to make sure he draws that confidence out of that and know that he's a player of that level."

Maguire has grown close to Watene-Zelezniak since taking over as Kiwis coach last May, beginning with their mid-year Test in Denver.

Maguire then made the surprise decision to hand the captaincy to Watene- Zelezniak for their end-of-season Test matches.

The Penrith junior flourished in the role, leading New Zealand to an upset victory over Australia on home soil.

Maguire said he has since been in constant dialogue with Watene-Zelezniak to discuss international matters.

"I know I continually talk to him about what's going on in the Kiwi space. No doubt he'll bounce back and that's the type of person he is," he said.