It was only three months ago that Kodi Nikorima roomed with promising playmaker Tom Dearden ahead of Brisbane's final trial of the NRL pre-season.

Now the two playmakers will square off when Nikorima faces former club Brisbane for the first time since his abrupt move to the Warriors. 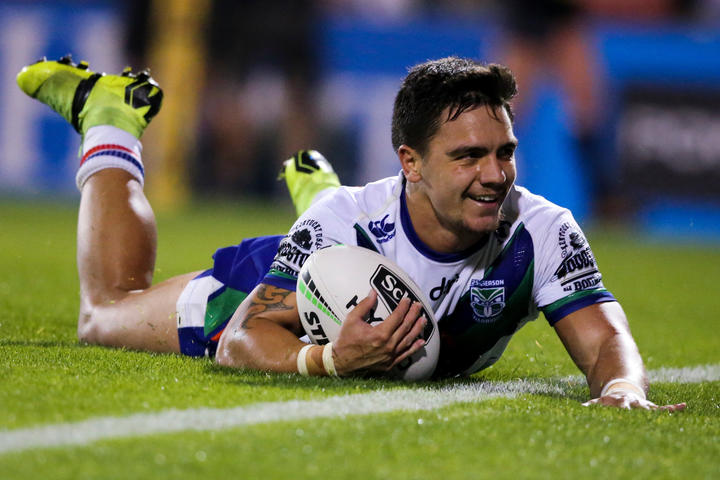 Kodi Nikorima scores for the Warriors during their win over the Penrith Panthers Photo: Â© Photosport Ltd 2019 www.photosport.nz

"He trained really well, too. That's why he's got opportunity now, because he leapfrogged a few of the boys in contention in that spot.

"The thing with him, he wants to learn and he's always asking questions."

Nikorima insists there is no bad blood between him and Broncos coach Anthony Seibold despite being told his long-term future wasn't at Red Hill.

Instead the club had put their faith in 18-year-old Dearden, and allowed Nikorima to walk just eight weeks into the new season.

"I've said it all before. There's no animosity there. I left on pretty good terms, and that's all I can say about that," he said.

The switch has seemingly paid off for both parties.

Brisbane are two-from-two with Dearden at halfback - including last week's upset over the Sydney Roosters - while the Warriors have also won consecutive games.

Nikorima has so far thrived under Warriors coach Stephen Kearney, who has deployed the New Zealand international at five-eighth outside Blake Green.

"It's been quite smooth sailing at the moment. I give a lot of credit to Blake for helping me with that transition," Nikorima said.

"When I first got over there (in Auckland), I was training and before the (Newcastle) game, he come over to me and just said basically what he wanted and what he's going to do for myself.

"He just said, 'I want to free up yourself, allow you to roam and bring out your running game'.

"It's working so far, but we've still got a lot of improvement in us. But I'm excited about where we can go."