Sydney FC beat Perth Glory 4-1 on penalties to win the A-League for a record-equalling fourth time after the Australian championship decider had finished deadlocked at 0-0 after extra time. 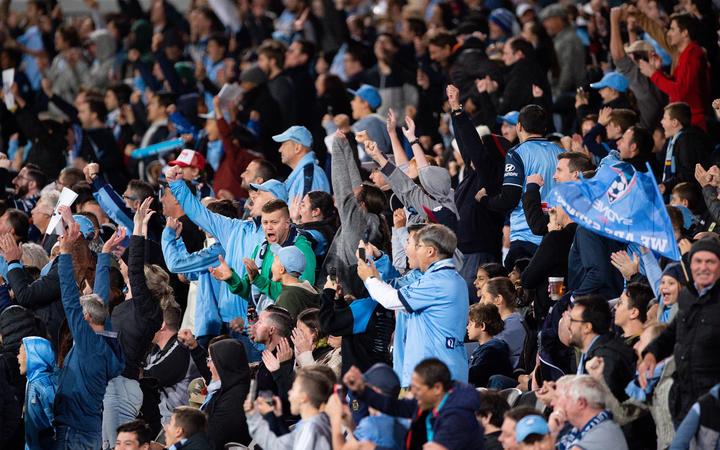 The travelling fans among a record crowd of 56,371 at Perth Stadium will feel the win was justice after Sydney had a goal disallowed in the first half with VAR controversy striking at the "Grand Final" for the second year in a row.

It was not to be decisive, however, and Sydney goalkeeper Andrew Redmayne saved two spot-kicks in the shootout with Iranian substitute Reza Ghoochannejhad converting the winning penalty to secure the title.

"It's unbelievable, I can't describe my feelings," said Ghoochannejhad, who joined the club in January.

"I think we really deserved it ... we knew that if it went to penalties we had a great chance of winning. And I'm so happy and so proud of team."

Perth had topped the regular season standings and there was particular disappointment for coach Tony Popovic, who had lost all three of his previous finals when in charge of Western Sydney Wanderers.

"It's still raw, we really wanted this," Popovic said. "It went down to a penalty shootout, it was close, we had our moments in the game but unfortunately they didn't come off."

If one of those chances had come off, or Perth had won on penalties, Sydney would have held a deep grievance after their 28th-minute goal was chalked off.

Michael Zullo was ruled offside when his cross was turned into his own net by Perth defender Matthew Spiranovic but despite TV pictures showing he was in line with the last defender, the VAR when consulted upheld the decision.

The A-League was one of the first in the world to adopt VAR but Football Federation Australia admitted the system broke down during last year's final when Melbourne Victory scored the only goal despite suspicions of an offside in the lead-up.

Sydney thrashed defending champions Victory 6-1 in the playoff semi-finals last week but Perth, chasing their first A-League title, had the better of the first half of Sunday's final.

The disallowed goal came against the run of play but Sydney came out after the break with more purpose even if they were unable to turn it into any clear-cut chances.

The skills of winger Diego Castro have been behind a lot of Perth's best moments this season and, as he got more involved, the home side once again had the better of a cagey contest.

It was with his head that the Spaniard threatened to break the deadlock, however, and Redmayne was forced to deny him twice in eight minutes.

Castro continued to probe at one end with Sydney captain Alex Brosque, playing in his last match before retirement, doing the same job at the other end but the match was destined for extra time.

Perth carved out the best chances of the extra half an hour but none were on target and for the third time Sydney FC secured the title on penalties.