The Warriors have back-to-back wins for the first time this season in the NRL. 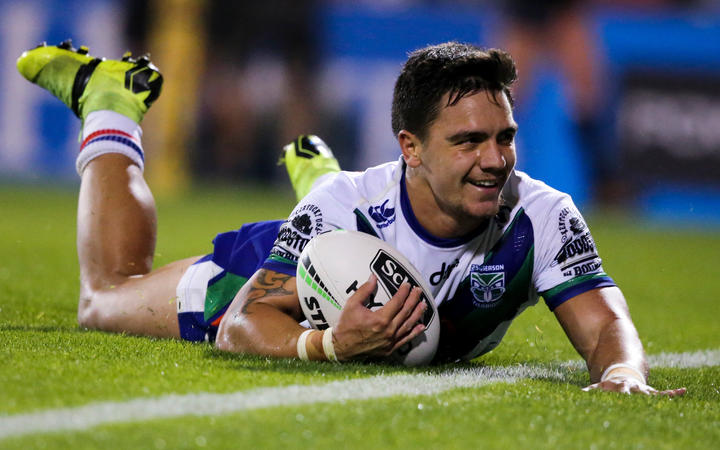 Kodi Nikorima scores for the Warriors during their win over the Penrith Panthers Photo: Â© Photosport Ltd 2019 www.photosport.nz

The Auckland-based team impressed in a 30-10 victory over a struggling Panthers outfit on Friday night, their first win away against the Panthers in seven years.

While the Warriors strong effort backed up their drought-breaking win over the Dragons last weekend, the Panthers' disastrous season is all but over after ten games.

Their sixth straight loss leaves the embattled club in their worst stretch of form since dropping nine in a row between 2001-02.

It was a comprehensive display from a Warriors side that were dangerous for most of the night behind a reborn Kodi Nikorima and Issac Luke.

"It coincides (with having) a bit of consistency in our key positions," coach Stephen Kearney said after the match.

"(Blake) Green's been back the last couple of weeks, and the hooker's been pretty consistent, whether it was Karl (Lawton), Nathaniel (Roache) or 'Bully' (Issac Luke), and obviously Kodi (Nikorima has) come on board. That's helped."

The Warriors took full advantage of a confidence-sapped Panthers outfit, who already lead the league in missed tackles, and dropped off 44 more at home.

Penrith weren't much better with the ball either, with the league's worst attack bombing a two-on-none opportunity midway through the first half.

At one stage, Dylan Edwards and Dallin Watene-Zelezniak collided fielding a routine bomb that could've resulted in serious injury.

Star halfback Nathan Cleary also failed to spark an attack that couldn't cross the stripe until the 71st minute.

The inept performance even prompted some boos from the 10,084 at Panthers Stadium at fulltime.

The signs were ominous from the kickoff, when the home side failed to score despite having six straight sets on the Warriors line.

And when the visitors finally had the ball, Issac Luke strolled over from close range and then Patrick Herbert doubled the lead not long after.

Back-to-back penalty goals either side of halftime kept Penrith at arm's distance before Nikorima put the result beyond doubt with an individual try.

Liam Martin and Kikau picked up consolation points, while the Warriors' Agnatius Paasi also barged his way over from close range late.