The Southern Steel came back from a disastrous start to beat the Tactix 64-56 in their netball Premiership game in Christchurch. 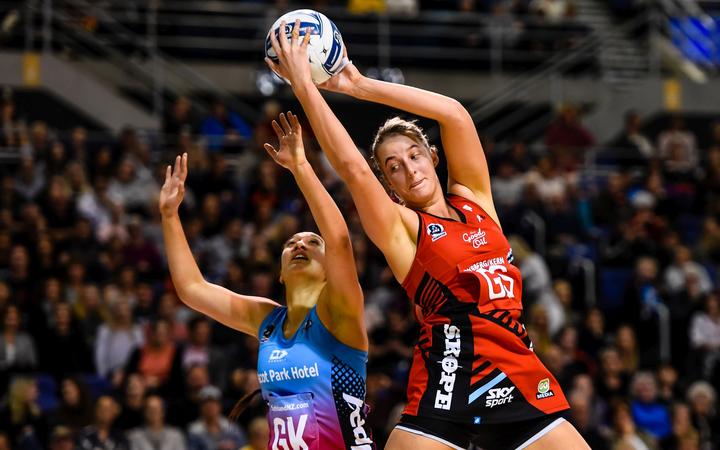 The home side got off to a flyer and led by 13 goals after the first quarter.

However the defending champions showed their class to power home.

The Steel are already confirmed as second qualifiers for the play-offs.

As is their way, there was no panic in the Steel ranks, the visitors turning up the heat in the second quarter to inflict a similar outcome on their southern neighbours.

Slowly but surely, the Steel built into a position of control, all areas of their court going on to stamp their mark. Shooter Te Paea Selby-Rickit continued her second half of the season revival with a fine outing under the Steel hoop.

Having built such an imposing first quarter lead, the Tactix were left to rue their inability to make it count, the Steel, instead, making them pay for not taking full advantage.

With their tried and true of recent weeks, there was a familiar look to both starting line-ups.

With the Steel having their first match in 10 days, it was the home side who slipped into the groove quickest, delivering their best quarter of the competition to open proceedings in dazzling fashion.

With her shooting partner Kate Beveridge and wing attack Samon Nathan, in her 50th combined league match, feeding perfect ball into the tall figure of Ellie Bird, the Tactix got away to a flyer. At the other end, the home side's defensive trio of Jane Watson, Sophia Fenwick and Charlotte Elley picked up a flurry of deflections and intercepts.

Out of sorts on attack, the Steel were reduced to just nine attempts at goal as the Tactix sprung out to a 22-9 lead at the first break.

A more purposeful Steel turned the tables on the resumption, tightening the defensive screws while finding their flow on attack.

Gaining more turnover ball helped the Steel shut down the Tactix supply as the visitors effectively and efficiently ate into the deficit. At the main break, the Steel had limited the damage when the Tactix just managed to maintain a slim advantage when leading 30-29.

With the timing returning to their play on attack, the Steel hit the lead for the first time two minutes into the third stanza. From that point, the defending champions gradually assumed control.

Playing at goalkeeper, experienced Steel defender Te Huinga Selby-Rickit put the squeeze on Bird's shooting options while her team-mates found their length and depth transitioning the ball through court.

The Tactix competed gamely to keep the door ajar but it was the Steel who maintained their poise to lead 47-43 at the last turn.