As strong defensive effort has seen the Hurricanes beat a disappointing Blues side 22-12 in their Super Rugby game at Eden Park. 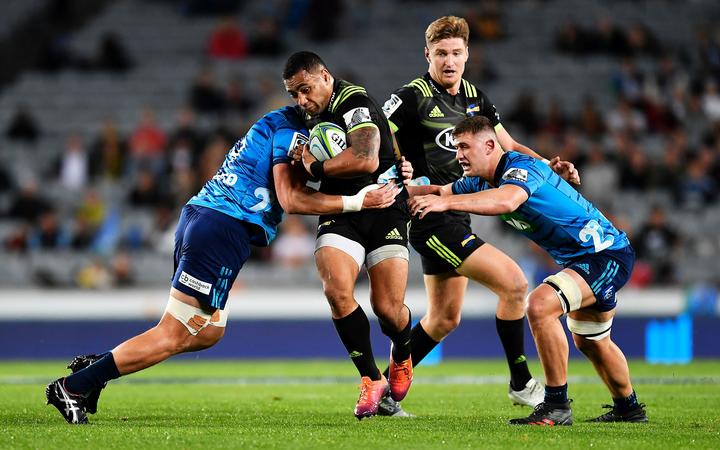 Disappointing because the Blues had so many opportunities, especially at five-metre scrums close to the Hurricanes, only to fail to score from any of them.

There were other basic errors that contributed to negating the possession and position advantages the Blues enjoyed. The Hurricanes had to make nearly three tackles to one by the Blues while the home side also looked to move the ball more often but lacked incision and accuracy.

By comparison, the more pragmatic Hurricanes made the most of the scraps that came their way, especially through the outstanding work of flanker Ardie Savea with early support from hooker Asafo Aumua. Blues lock and skipper Patrick Tuipulotu led his side with effect but the Hurricanes proved much more assured and were deserving of their win on the basis of the ability to make the most of the ball they secured.

The Blues dominated the third quarter without being able to make the most of it on the scoreboard. At one stage they set five scrums in the Hurricanes red zone but the only gain was a belated dismissal of tighthead prop Jeff Toomaga-Allen to the sin-bin for repeated scrum infringements.

But in the 59th minute an unlikely looking breakout saw right wing Tanielu Tele'a take a ball from centre TJ Faiane before transferring it to flanker Dalton Papalii on the right flank. He raced down the sideline, managing to stay infield as he dived in at the corner.

Any hopes of an immediate fightback were lost in midfield when from a Blues scrum replacement halfback Augustine Pulu sniped around an untidy scrum only to fling a pass which was picked off by first five-eighths Beauden Barrett who was untroubled on running in from 50m out.

In the first half the Blues used a scrum just inside the 22m line to advantage, No.8 Akira Ioane worked on the blind and set up a ruck where the ball was quickly recycled and from a midfield bust Tuipulotu broke the defensive line and drove ahead. In the tackle he flicked the ball up where halfback Sam Nock ran on to score under the posts.

Finally able to break the Blues' defensive shackles, the Hurricanes upped the tempo with their consistent supply of ball and while a kick was rushed back by wing Rieko Ioane, the ball was turned over in a subsequent play when second five-eighths Ngani Laumape secured the ball. Aumua passed it on and wing Ben Lam made the most of a Blues defensive traffic jam to thread his way through and run 40m unchallenged to score.

Eight minutes later, after a period when the Blues defence conceded several penalties on their own line, a scrum choice instead of the usual lineout, resulted in Beauden Barrett firing a long pass to brother Jordie who took the gap to score.

Blues mistakes again compounded into missed opportunities with passes going to ground too often. However, their one-off running did force the Hurricanes to make 97 first half tackles to 34 but that was offset by the Blues conceding eight turnovers to four gained.

Both sides also missed chances when breakouts fell down to lack of support or poor choices on the pass. Aumua demonstrated his speed with a searing midfield break but lacked support while Ofa Tuungafasi made an earlier break but failed to get the ball outside when a try scoring chance was on.