For someone who is just 17, Tayla Dalton has already travelled many roads. They've led to elite netball courts, surf-lifesaving beaches and gymnasiums. 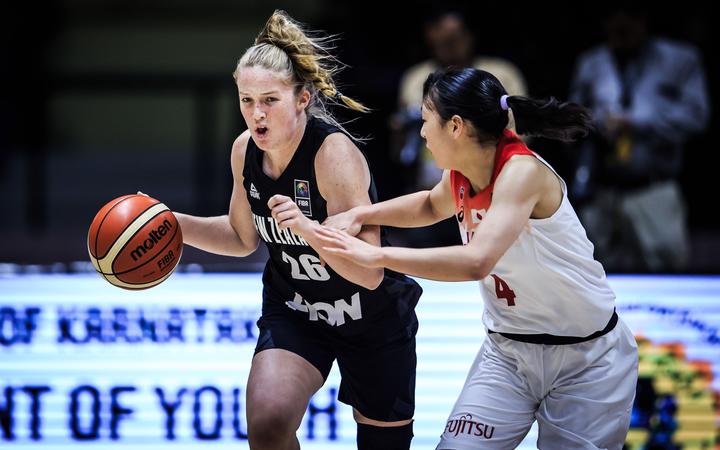 Tayla Dalton is carving her own path in the sporting world. Photo: Supplied / BBNZ

The teenager has taken many steps in many different guises. Some have been tinged with sadness following the sudden loss of her mother, former Silver Fern Tania Dalton, in early 2017.

As head girl of North Shore's Carmel College, Dalton is a leader among her peers. In her role at the Tania Dalton Foundation, she's likened herself to a receptionist, helping to coordinate interviews for scholarship applicants - talented young sportswomen who would benefit from a helping hand via the funds raised in her mother's name.

On the beaches she's a fleet-footed sprinter good enough to represent her country. On the netball court she was considered a prospect good enough to potentially follow in her World Cup-winning mother's footsteps.

But the many possible roads are narrowing and merging, the purpose of one of the country's top young sportswomen channelling her in a clear direction. One of New Zealand's premier basketball prospects, the free-scoring point guard has her gaze firmly set on a scholarship to play college ball in the United States, where she would join a wave of young Kiwi women seeking to leverage their academic and sporting prowess.

Last weekend she sat the last of her SATs - the crucial exams that US colleges will use to judge her academic value and potential. Her next task is to put together a compelling highlights reel. That shouldn't be too hard, given exploits that include racking up video game scoring numbers at national championships.

Her plan involves four years of study - likely in science or business - honing her basketball game at collegiate level and "then hopefully, in the future, becoming a Tall Fern".

The chronology might not play out that way. In late April, Dalton was included in a Tall Ferns high performance and selection camp ahead of international tournaments in July and September that are considered crucial in the build-up to qualification for the 2020 Tokyo Olympics.

Although her youth makes Dalton a long shot for those teams, her inclusion in the camp suggests the regular age-grade international isn't far off full national selection.

"It was the experience of a lifetime," Dalton says of the Auckland camp, attended by the likes of Australia-based pros and Tall Ferns regulars Josie Stockhill and Chevannah Paalvast. "I loved the environment. I loved training and learning.

"At first it was a bit intimidating going up against someone who is 10 years older than you. But I'm kind of a vocal person and I'm not really afraid to tell people what to do. While I know there's a still a lot of work to do, I definitely think I held my own in there, and I was still able to play.

"It is quite exciting knowing what I have to work on if I want to continue to follow that path. It gives you confidence but at the same time it's a reality check, knowing I've got to go away and work by butt off."

Work ethic is unlikely to be an issue for a teenager with a clear vision and a powerful desire to honour her mother's memory.

"[My mother] is hands down my inspiration for everything and that just makes every day easier - getting up and training hard in the morning, going to school and being disciplined with school work, and training hard after school," Dalton says.

"She was always a big believer in go-hard or go-home. So, yeah, it is just making sure I work hard to make her proud, and enjoy it along the way, I guess." 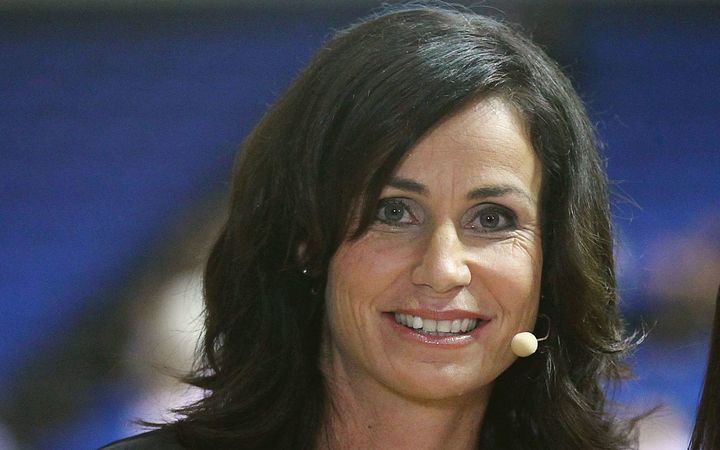 A member of the New Zealand youth surf lifesaving squad, Dalton claimed the silver medal in the U19 beach sprint at the national championships at Mt Maunganui in March, and represented her country in trans-Tasman competition in Australia.

But her time on the beaches will likely soon go the way of the time she once spent on the netball court - a sport that had been a huge part of her life that she dropped earlier this year - as the natural all-rounder focuses her attention fully on basketball.

On Friday she will be a key member of the Harbour Breeze team that travels to Christchurch for the first three rounds of the WBC (women's basketball championship).

This year's competition promises to be a notch up from previous editions as Basketball NZ attempts to plug a gap for elite female players who are either preparing themselves for overseas assignments, or who find their opportunities limited following the completion of college scholarships.

"They've made it a lot more professional," says Dalton, of moves to strengthen the league. "They've stepped it up with the players who are signing to play.

"It is such a cool opportunity because you're out there with the best of the best at New Zealand level. To be able to train with some of the big guns is pretty exciting too. It is a really cool league."

The move to limit the top division to six teams is intended to concentrate the talent pool and provide an improved level of competition for prospective Tall Ferns, Basketball NZ chief executive Iain Potter says.

"It's a slow build that's underway, but in time we would like the WBC to be a really competitive, elite competition," he says.

The reality of the sport in New Zealand meant the league was unlikely to ever reach full professional status, however BBNZ was determined to create a high-quality, respected and highly-visible women's competition.

"If players are on the prospect list for the Tall Ferns, they have got to be playing good basketball. In the last few years there has clearly been a gap. We can't deny that. But we are working away at closing that. Last year was a step up on the year before and this year is a step up again."

Potter hopes the improvements to the league will keep veteran players in the game longer.

"We want to find a place for those older players who are in their twilight years to still be on the court and play in a competitive competition. We lose too many women to retirement too early. We need them to stay in the game. They are the ones who will keep those young ones like Tayla honest."

Like many high school young guns, Dalton's dalliance with the WBC could be fleeting. By July she will have gauged the level of interest in her from US colleges and, if all goes to plan, she should have locked in a destination by September.

The goal for BBNZ is to have the WBC serve as an attractive proposition for the US college players once they graduate - and in fact before they leave.

Dalton is convinced they are on the right track. Three matches in three days against the best domestic players in the country is a challenge that is right up her alley.

- This story was originally published on the Newsroom website.