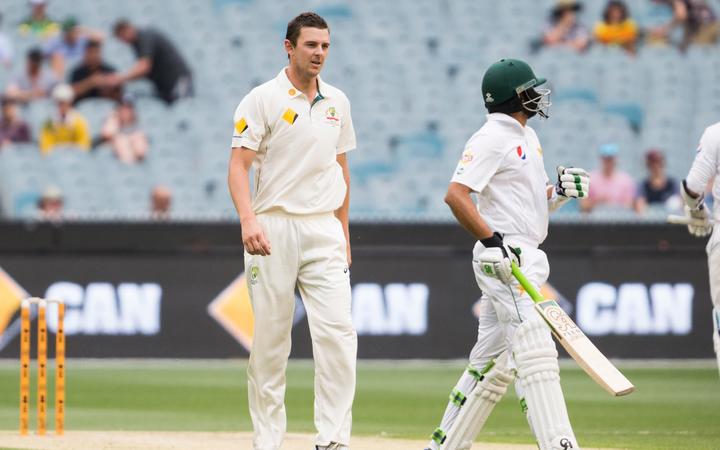 CA was branded arrogant, dictatorial, controlling, disrespectful and hypocritical in a report that was released last October in the aftermath of the Cape Town cheating scandal.

The Ethics Centre's frank 145-page assessment came after polling 469 individuals in the industry, some of whom suggested that CA was responsible for the normalisation of verbal abuse.

CA has enacted many of the report's 42 recommendations, attempting to change both its approach and the on-field behaviour of players.

Eddings highlighted a reduction in code-of-conduct charges as proof that players are "showing greater respect for the spirit of the game".

"With a stronger focus on values and behaviour, this past season saw a 74 per cent decrease in code of conduct charges from the national teams through to our national championships for country and indigenous teams," Eddings said.

"I would like to praise the male and female players from national teams, through to domestic competitions, youth and other championships for showing greater respect for the spirit of the game," Eddings said.

"Pleasingly, umpires report that there was a general improvement in respect for the game and their role, with match officials forming stronger relationships with players and coaches.

"While there is always room for improvement, these are very good signs which demonstrate meaningful change and will have a positive and lasting impact."

The ball-tampering saga was preceded by a stack of heated incidents during Australia's spiteful tour of South Africa.

Steve Smith, Cameron Bancroft, Nathan Lyon, David Warner and Mitch Marsh were all charged under the International Cricket Council's code of conduct during that four-Test series.

"We have quite rightly turned the spotlight onto each and every aspect of Cricket Australia to ensure positive change is reflected both on and off the field," Eddings said.

"This ongoing cultural change program has been subsequently informed by The Ethics Centre review delivered in late 2018, with a number of those recommendations already well progressed before we received the review.

"While we can talk about the cultural change program underway, ultimately, we will be judged by our actions on and off the field."