The Warriors have moved to lift the pressure from the shoulders of Kodi Nikorima, shunning talk he's the man to resuscitate their ailing NRL campaign.

Former Broncos halfback Nikorima will return to Brisbane for his Warriors debut when they play St George Illawarra on Saturday.

Before then he was to undergo a round of player introductions and a crash course on the Kiwi club's game plan.

Forging a bond with halves partner Blake Green will be a priority and Nikorima revealed the pair spoke briefly in the hours leading up to Sunday's 36-18 loss to Newcastle in Auckland.

Even in that introductory exchange they discussed tactics, with Green indicating he wants to be a traditional halfback playing on both sides of the ruck. 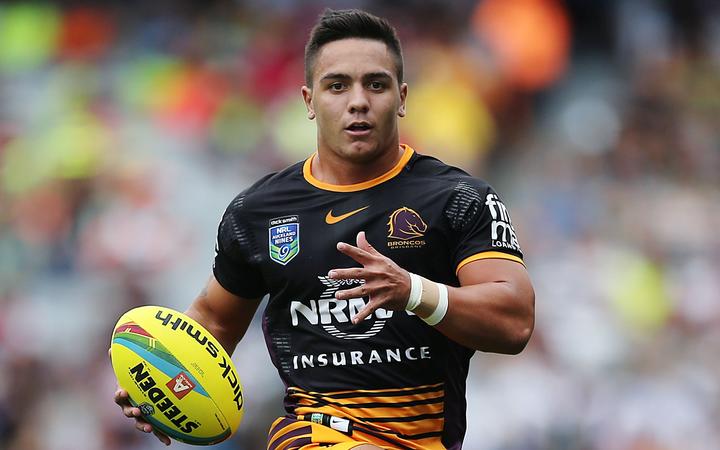 The pacy Nikorima will be stationed wider in a similar manner to Shaun Johnson's role last year.

Green said it is unfair for Nikorima to be pressured with reversing the Warriors' fortunes, having slumped to a 2-6 record on the back of four-straight defeats.

He said the 25-year-old won't be unable to function if the pack gifts the Dragons big men the same easy metres as they did against Newcastle.

"We certainly can't expect Kodi to come in and be the saviour," Green said.

"We're in a tough position, we've got ourselves in this position and we just have to work hard to get ourselves out."

Nikorima expected this week's transition to be eased by his New Zealand Test background.

He was familiar with the methods of Warriors coach Stephen Kearney and key spine members Roger Tuivasa-Sheck and Issac Luke.

"But thing's aren't going to click straight away, just be patient," Nikorima said.

Nikorima said it would be "weird" lacing up his boots in the opposition sheds at Suncorp Stadium, the venue which became his home in 2012 when he joined the Broncos' juniors.

"But if I do know anything about the field, I'll be telling my Warriors teammates about it, that's for sure," he said.