Latest - Englishman Judd Trump has won his first world snooker championship with a comprehensive 18-9 win over John Higgins who was beaten in the final for the third year in a row. 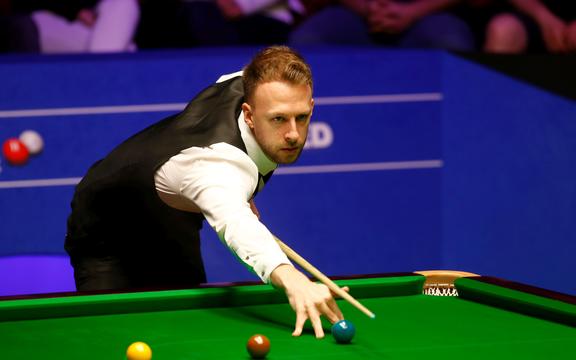 Leading 12-5 overnight, Trump kept up the pressure with three century breaks in the afternoon session, taking the total count for the match to 11 - a record since the event moved to Sheffield's Crucible Theatre in 1977.

The 29-year-old, beaten by Higgins in the 2011 final when the Scotsman won the last of his four titles, went into the evening session needing two more frames for the title which he polished off in 22 minutes.

It was the biggest winning margin in a final since Higgins beat Shaun Murphy by the same score in 2009.

Australia has beaten a New Zealand XI by one wicket in a practice one day match in Brisbane that marked the return of Steve Smith and David Warner to the Australian side. 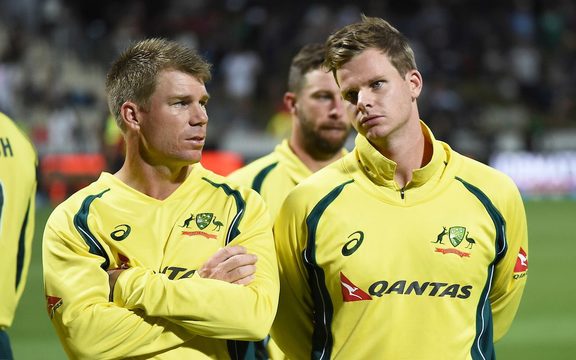 Australia reached their target with an over to spare with Aaron Finch top scoring 52, while Warner made 39 and Smith 22.

It was Smith and Warner's first appearance in green and gold since the Cape Town ball-tampering affair in March 2018 that resulted in year-long bans for the captain and vice captain.

The two sides meet again tomorrow with the third and final game on Friday.

All Blacks and Chiefs halfback, Te Toiroa Tahuriorangi, has re-signed with New Zealand Rugby until 2021. 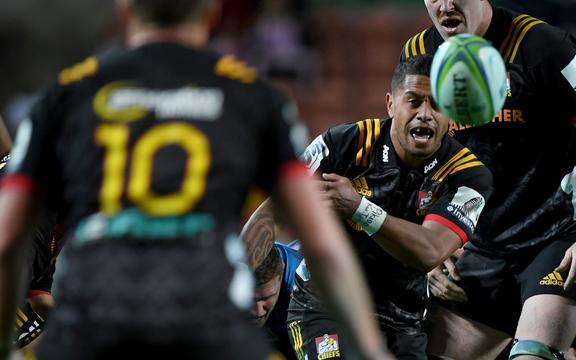 Tahuriorangi, 24, made his provincial debut for Taranaki in 2015 and his Super Rugby debut for the Hurricanes in 2016.

He's played three tests for the All Blacks, against Argentina, Japan and Italy last year.

Tahuriorangi said he felt it was best for both himself and his whanau to continue to play for the Chiefs and hopefully also look to again play for the All Blacks.

"It was an easy decision for me and my partner to make. My whanau are exceptionally important to me and I'm looking forward to having them continue with me on this journey," he said.

Bates fails with bat, but gets the win

Suzie Bates has got the better of White Ferns team-mate Sophie Devive in the opening game of the women's T20 cricket challenge in India.

Bates scored just one as her Trailblazers team made 140 for 5.

In reply Devine made 32 as her Supernovas team came up two runs short.

No decision on Folau

Folau, a fundamentalist Christian, faced a three-member panel on Saturday and Sunday at the hearing to decide whether he breached RA's code of conduct with a social media post that said 'hell' awaited 'drunks, homosexuals, adulterers' and others.

The closed-door hearing will resume at the offices of law firm Herbert Smith Freehills in Sydney, RA said in a statement.

"The panel is not expected to deliver its decision tomorrow," it said.

RA and Folau's Super Rugby side, the New South Wales Waratahs, have already publicly committed to terminating the player's contract and last month served the 73-test back with a 'high-level' breach notice.

That said his social media post had 'disrespected' people on the basis of their sexuality in breach of his contract and Rugby Australia's inclusion policy.

Folau's trial has stretched far beyond the rugby pitch, triggering a wider debate about freedom of speech and the power of employers to control their employees away from the workplace.

The home side halted the Pulse's 12 game winning streak, continuing their unblemished record against the Pulse in Invercargill.

The Steel led 32-27 at half-time, then blitzed them in the third quarter.

The normally super reliable shooter Ameliaranne Ekenasio was even benched for a period as the Pulse searched for answers.

It was a major reverse in fortunes with the Pulse enjoying a 16 goal win when the two side's last met in Dunedin.

Casillas out of hospital

The former Spanish goalkeeper Iker Casillas has been released from hospital after suffering a heart attack in training last week.

The 37 year old Porto player, thanked medics at the hospital in Porto, Portugal, as well as the thousands of people who wished him well.

"I have to be grateful because I had a lot of luck," Casillas told reporters. "I want to say thanks to many people, they made me feel loved."

Casillas, who played 725 times for Real Madrid, winning three Champions Leagues and five La Liga titles, as well as the World Cup with Spain in 2010, joined Porto in 2015.

The goalkeeper is not sure if he will continue his playing career.

Queensland Reds lock Harry Hockings has been suspended for three weeks after being found guilty of stomping on the head of a Sunwolves' player.

Hockings was red carded for the offence in the 76th minute of the Super Rugby game that saw six cards brandished by referee Angus Gardner.

The Reds won 32-26 as the Sunwolves finished the game with 12 players.

The 20-year-old was looking at a six-week ban but Hockings' youth and clean judicial record saw the sentence halved by the SANZAAR judicial committee.

Hockings will miss games against the Rebels, Waratahs and Chiefs.

The owner of Maximum Security, the horse that finished first in the 145th Kentucky Derby at the weekend but was disqualified, said he would file an appeal with the state racing commission.

Gary West, whose horse became the first in the history of the famous race to be disqualified for an on-track infraction, said he was "stunned, shocked and in total disbelief" when second-place finisher Country House was declared the winner at Churchill Downs.

After a 20-minute video review, officials found that Maximum Security, who was favourite to win the 2000 metre race, was guilty of a contact foul when he appeared to take a wide turn and impede other horses in the home stretch. The disqualification ruling handed the win to Country House, which had been a 65-1 long shot.

The decision even caught the attention of U.S. President Donald Trump, who said on Twitter the disqualification of Maximum Security could only happen in "these days of political correctness".

West said he did see Maximum Security, who led the race from nearly start to finish, move over several lanes but felt such contact was inevitable given the number of horses in the Derby.

Liverpool will be without forwards Mohamed Salah and Roberto Firmino when they face Barcelona in the second leg of their Champions League semi-final this week as they look to overturn a 3-0 deficit.

Egypt international Salah was carried off the pitch with a head injury in the weekend's 3-2 Premier League win at Newcastle United and has not recovered for the game against Barca at Anfield tomorrow.

Brazilian Firmino has a muscular injury and was not included in the squad for Saturday's game at St James' Park.

Salah is expected to feature against Wolverhampton Wanderers in Liverpool's final Premier League game of the season next weekend but Klopp said the clash with Barcelona was too soon for the 26-year-old.