Latest - The Jaguares scored three tries, the decisive third a penalty try, to beat the Stormers 30-25 and cling firmly to a playoff berth in a tense Super Rugby clash at Velez Sarsfield. 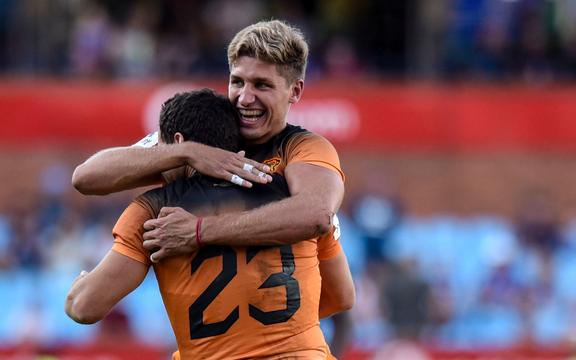 The Argentine team led from beginning to end after an early try by flanker Pablo Matera but their indiscipline allowed the Stormers to keep in touch throughout with six successful penalty kicks, four by flyhalf Jean-Luc du Plessis and two in the second half by fullback Damian Willemse.

Wing Ramiro Moyano scored the Jaguars' second try early in the second half and they were awarded a penalty try 10 minutes from time for a deliberate knock-on by JJ Engelbrecht, who was sent to the sin bin.

The Stormers went over for a late try by replacement wing Seabelo Senatla but could not prevent Jaguares from taking a fourth consecutive victory and edging to within a point of the Bulls and Sharks in third place in the South African conference.

The Hamilton boxer David Nyika has won the heavyweight final at an Invitational tournament in Warsaw.

Nyika also picked up the trophy for best boxer at the tournament.

Rotorua's Emile Richardson was beaten in the middleweight final by a Swedish opponent.

New Zealanders in contention at Badminton

New Zealand equestrians have climbed up the leaderboard after the cross country phase at the Badminton three-day event, but they'll need others to stumble in the showjumping if they're to have any chance of claiming the title. 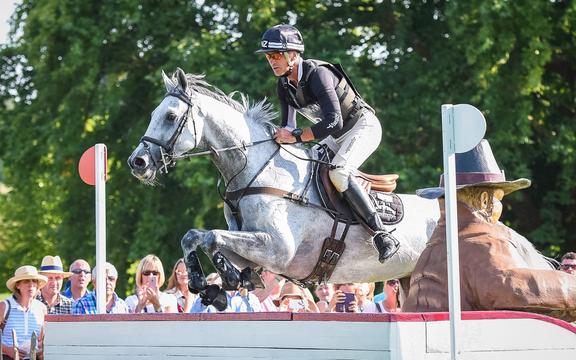 Andrew Nicholson is in fourth place on Swallow Springs, while Tim Price is sixth on Ringwood Sky Boy and Virginia Thompson is eighth on Star Nouveau.

Britain's Oliver Townend still leads and is a couple of showjumping rails ahead of Nicholson.

Junior All Blacks upset by Australia

The Junior All Blacks have been beaten 24-0 by Australia at the Oceania under-20 rugby championship on the Gold Coast.

The Australians scored the only two tries of the game and led 12-0 at half time.

It is the first time ever the Australians have won the Oceania Championship.

New Zealand Under 20s Captain Kianu Kereru-Symes said that the team was disappointed in their loss against Australia, but they were looking to recover and go back to the drawing board as they prepare for the World Rugby Under 20 Championship in June this year.

"We didn't front up, and Australia did and they deserve the win so we are going back to the drawing board, recover and get ready ahead of preparations to the World Rugby Under 20 Championship," Kereru-Symes said.

"I think the most important thing is that we remember that this is not the World Cup, this is not the final preparation for this squad. So we will regroup from here and get better," he added.

Roosters remain on top of NRL

Latrell Mitchell has shaken off uncertainty about his future to deliver one of the most-dominant individual performances of the year in the Sydney Roosters' 42-12 NRL thrashing of the Wests Tigers. 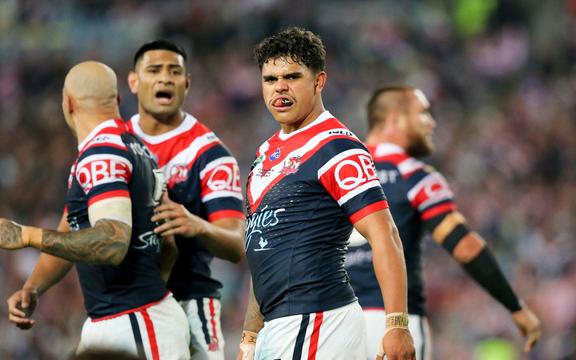 All week, Mitchell was dogged by headlines that the club was worried about arch rivals South Sydney going all out for his signature when he came off contract at the end of 2020.

If he was fazed by the speculation about his future, he didn't show it as he ran in three tries and set up another two in the seven-tries-to-one win on Saturday night at the SCG.

The Roosters racked up their seventh win on the trot to remain in top spot as they eyed off a showdown with surprise packets Canberra during Magic Round next weekend in Brisbane.

Striker James Wilson missed two early opportunities to put Aberdeen ahead before Neil Lennon's Celtic took the control of the match with the opening goal just before halftime.

The Glasgow side's sixth consecutive win at Pittodrie means they are now 12 points clear of second-placed Rangers who have three games to play.

Celtic, the League Cup winners, could complete a third successive domestic treble when they meet Hearts in the Scottish Cup final on May 25.

The NSW Waratahs' Super Rugby semi-final hopes have suffered a blow after falling to a 28-21 loss against the Bulls in Pretoria.

The Bulls led 21-7 early in the second half at Loftus Versfeld but tries to Kurtley Beale and Curtis Rona put the Waratahs in position to secure a valuable away win and a share of top spot in the Australian conference.

But a try to loosehead prop Simphiwe Matanzima with ten minutes to play put the Bulls back on top for good to see the Waratahs fall behind the Rebels, Brumbies and Reds in the chase for a semi-final berth.

French rider Fabio Quartararo has became the youngest MotoGP pole sitter at the age of 20 years and 14 days at the Spanish Grand Prix in Jerez.

The Yamaha rider also set a circuit record as he clinched his spot at the front of the starting grid.

Marquez's team mate and compatriot Jorge Lorenzo crashed on his 32nd birthday and will start in 11th.

Italian Valentino Rossi, second in the championship, failed to make it through the first phase of qualifying and lines up 13th on Sunday.

Marquez was the previous youngest rider to start on pole, at 20 years and 63 days, in Texas in 2013.