The Melbourne Rebels' valiant fightback couldn't overcome a nightmare start as they were beaten 29-19 by the Hurricanes in a peculiar Super Rugby match in Wellington. 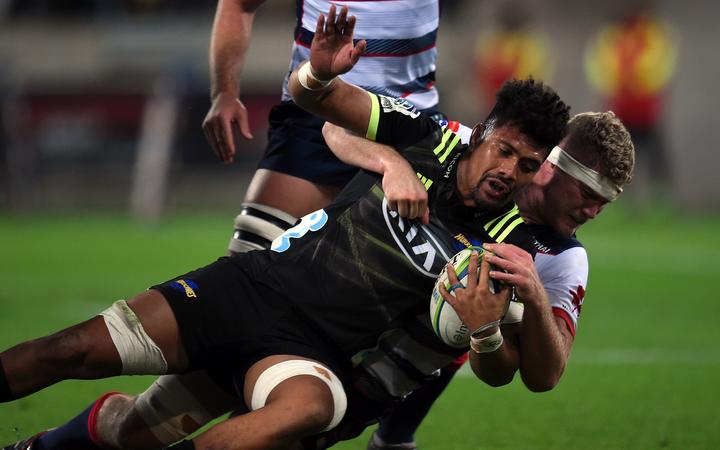 Leaking four tries in the opening 21 minutes appeared to end Saturday's match as a contest but the visitors went on to dominate the final three quarters and threatened to snatch an upset win at Westpac Stadium.

Their resilience went unrewarded, the Australian conference leaders notching a third straight loss and slipping to 5-5 for the season.

They were left to rue a lackadaisical start that left them trailing 26-0.

Beauden Barrett crossed for one try with a sizzling double-around and played a part in others to Ngani Laumape and Wes Goosen.

Flanker Vaea Fifita bagged their fourth as the 20-minute mark ticked over, sparking the prospect of the hosts challenging their 71-6 winning scoreline when the teams last met in Wellington two years ago.

The Rebels shored their shambolic defence at halftime, and gained a foothold before surging with three tries in a purple patch midway through the second spell.

Jordie Barrett landed a long-range penalty to push the hosts clear and the result was virtually sealed when Quade Cooper missed a penalty attempt from right in front of the posts that would have kept Melbourne in contention.