The Black Fern Sevens have been bolstered by the return from injury of Kelly Brazier and Michaela Blyde for next weekend's leg of the world series in Canada.

New Zealand finished a disappointing fifth at the last round in Japan but still sit at the top of the championship having won the three previous tournament.

Brazier has missed all four tournaments this season because of a calf injury while Blyde, last year's world sevens player of the year and the side's leading try scorer this year, also missed the Japan tournament.

"It's great to have Kelly and Michaela back as they really add to the balance of the team. Kelly has an immediate impact as our play maker and adds a lot of value and leadership," said assistant coach Cory Sweeny. 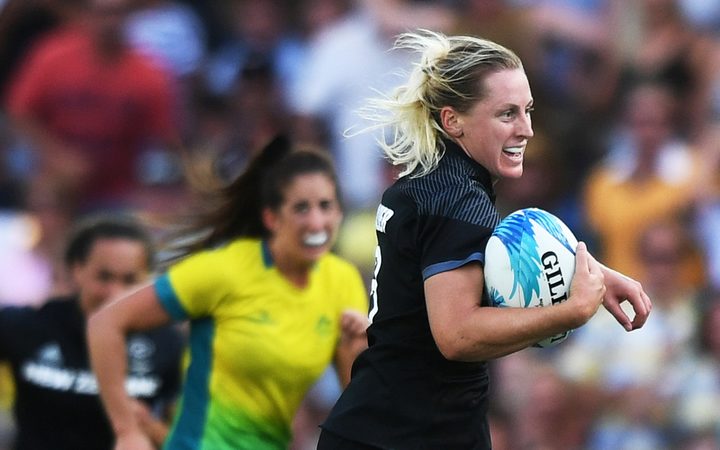 "Michaela....(can do) amazing stuff...and both of them have added a real boost in the environment.

"We have a good mix of experienced and new players so the key is understanding individual roles and developing combinations. We didn't adapt to the difference as well as we needed to (in Japan) but the team has been working really well and using the experience as a learning."

The return of the experienced Kelly Brazier and 2018 World Rugby Sevens Player of the Year Michaela Blyde strengthen the team, while Stacey Waaka is

"The two biggest goals this season have been to win the World Series and gain Olympic qualification, the only way to achieve that is to focus on ourselves," said Sweeny.