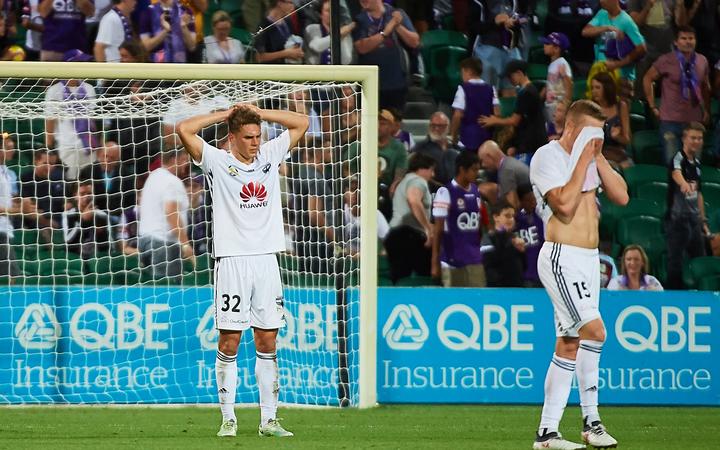 Rudan rested a host of key players for the trip to Perth, and Glory feasted with a goal-scoring rout in the final regular game of the season.

The heavy defeat meant Wellington slipped from fifth to sixth on the ladder - pitting them in an away elimination final against Melbourne Victory on Friday night.

Victory will start that match as hot favourites, but Rudan fancies his team's chances of causing an upset.

And he dismissed suggestions the 5-0 loss to Glory may have robbed his team of vital confidence.

"I don't really care what anyone else says, because I know my team and I know my players.

"You guys from the outside might look at a result and think 'Oh gees, this ain't good'.

Rudan said any criticism would be used as fuel for his side.

"I know you guys will talk the score up. For me and for us, the more you want to do that, the better it is for us," Rudan said.

"We've been outsiders from day one.

A lot of you guys sitting here had us as wooden spooners at the start of the season. And if you didn't, then the rest of you had us finishing ninth.

"I think we've proven everyone wrong.

"It doesn't bother us one little bit. Because more than likely we'll be written off for the finals as well, and it's just how we like it."

Newly-crowned golden boot winner Roy Krishna and Michal Kopczynski only made cameo appearances from the bench.

Rudan defended his decision to field such an inexperienced side.

"It would have been ridiculous of me to start my best XI tonight. Ridiculous, knowing we had to fly eight hours and do it again," Rudan said.

"We used the game for our own purposes, and we got what we needed out of the game as far as I'm concerned.

"It was all about the bigger picture."

Adelaide United will host Melbourne City at Coopers Stadium on Sunday in the other elimination final.

Glory and Sydney FC will have a bye before hosting a semi-final in week two.

Perth coach Tony Popovic was full of praise for his team's effort against Phoenix, but said the focus had already shifted to the finals.

"The players are well aware that during the regular season they've been the best team," Popovic said.

"But that's done now, the regular season is over. The players are well aware of that."