Roy Krishna's charge towards the A-League golden boot has been hailed as extraordinary given the intense interest from rival clubs in signing the Phoenix striker. 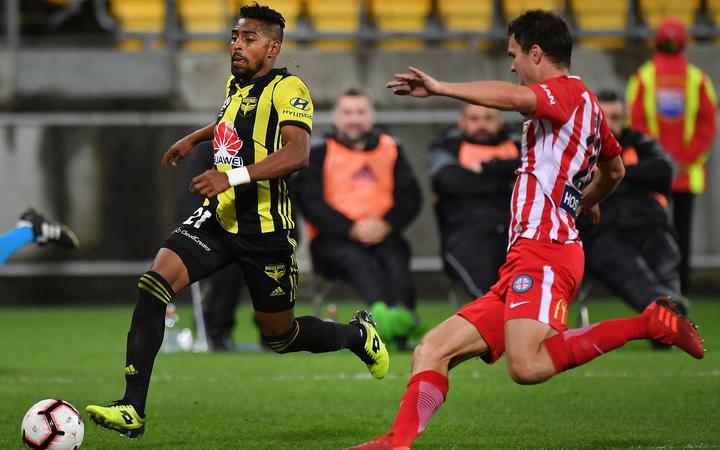 Coach Mark Rudan labelled Krishna "the king of Wellington Phoenix" after his hat-trick in Sunday's dramatic 3-2 win over Melbourne City.

With one round to play, Krishna's 18 goals are two more than Adam le Fondre's tally for Sydney FC - with the Fijian international poised to become Wellington's second golden boot winner after Shane Smeltz's 12-goal return a decade ago.

Rudan said Krishna's brilliant season could be attributed to more attention to fitness allied with an improved mental strength.

He's needed the latter in recent weeks, given the escalating interest in where the out-of-contract 31-year-old will play next season.

"It's pretty clear how many clubs are chasing him," Rudan said.

"There have been offers put to him and it hasn't been easy to manage, it's a tricky time of the year.

"He's being chased by every club and they're throwing coin his way. Deservedly so."

Rudan said now Krishna had reached 50 A-League goals - the 12th player to do so - he could be mentioned in the same breath as some of the competition's most accomplished strikers.

He named Besart Berisha, Archie Thompson and Bruno Fornaroli as among the finest he has seen, but believed Krishna packed superior speed and had overcome greater odds.

"Wellington has struggled in the last few years and he still comes up trumps and scores.

"Roy's got great skill about him. Just his ability to get past players in one-on-one scenarios, and his finishing is extraordinary.

"Roy puts the fear of God into any defender out there.

"I played that position for a long time, I'd hate to be marking him."