Central Pulse maintained their unbeaten ANZ Premiership netball season with a hard fought 59-49 win over the the Northern Mystics in Porirua. 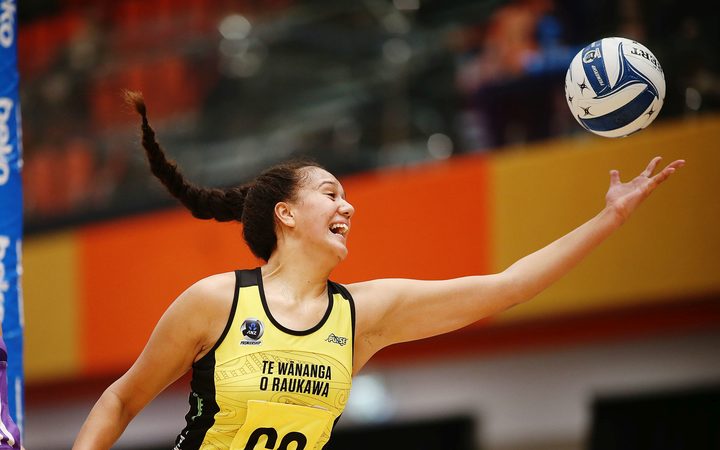 The hosts ninth straight win cements the Pulse place at the top of the standings.

There was a 23-goal difference when the teams met back in the season opener but the Mystics used neither of their rising youngsters in Grace Nweke or Tayla Earle. This time both teenagers played a telling role in setting a new challenge for the Pulse.

There were no surprises in the Pulse starting line while the Mystics were re-jigged yet again thanks to the unavailability of both captain Phoenix Karaka (concussion symptoms) and dynamic wing Elisapeta Toeava (foot).

Few were giving the Mystics much hope against the table-topping Pulse, but patience from the visitors on attack saw them jump to an 8-2 lead.

They were on track to win their first opening quarter of the season but had to absorb a late drive from the Pulse before going into the break with four-goal buffer.

Shooters Bailey Mes and Jamie Hume missed just one goal between them in their most convincing display and were serviced with confident, well-placed ball from Earle.

Defenders Erena Mikaere and Michaela Sokolich-Beatson also limited the volume of ball for sharpshooter Dunn as the Mystics hustled their opponent into uncharacteristic errors.

A four-goal lead did not stop Mystics coach Helene Wilson from turning to her bench at the break with Nweke given the goal shoot bib and Mes replacing Hume at goal attack.

But it only seemed a matter of time before the Pulse would stamp their authority on the game and within five minutes of the restart, the scores were locked.

Normal transmission looked to have resumed as the competition pace-setters opened a two-goal lead when Ameliaranne Ekenasio went down with an ankle injury.

A well-time intercept from Sulu Fitzpatrick, hunting outside of the circle, looked to spark the hosts in what could have been a danger period for the Mystics.

But the northerners have shown a new resolve in recent weeks and there was just one goal separating the two teams at the main break.

Questions over whether the Mystics could maintain that intensity over 60 minutes were answered early in the third stanza as the Pulse lifted again to go on a four-goal run.

Trailing by seven goals prompted the Mystics to make further changes with Mikaere moving onto the wing and Nanise Waqaira injected into the defensive circle.

But the Pulse was in control by this point, the accumulative defensive pressure again telling while Tiana Metuarau, who has had limited court time this season, directed play on attack.

Wing defence Karin Burger was a stand-out with four intercepts for her side and seven deflections while Dunn stepped up in the absence of her regular shooting buddy.

The Pulse led 43-38 at the three quarter mark and doubled their advantage by the final whistle.