Mark Rudan wants to coach in the A-League next season but insists he won't sign any contract until he farewells the Wellington Phoenix.

An emotional Rudan has delivered a lengthy explanation for his departure from the club at a media conference, apologising multiple times to supporters he feels he has let down after cutting a two-year deal in half.

The 43-year-old said he would understand if fans are "angered", particularly with the way speculation had mounted during the second half of a season which will finish with an appearance in the finals for the first time since 2015.

Rudan emphasised his sole reason for leaving was to be with his Sydney-based family, rather than furthering his career at another club. 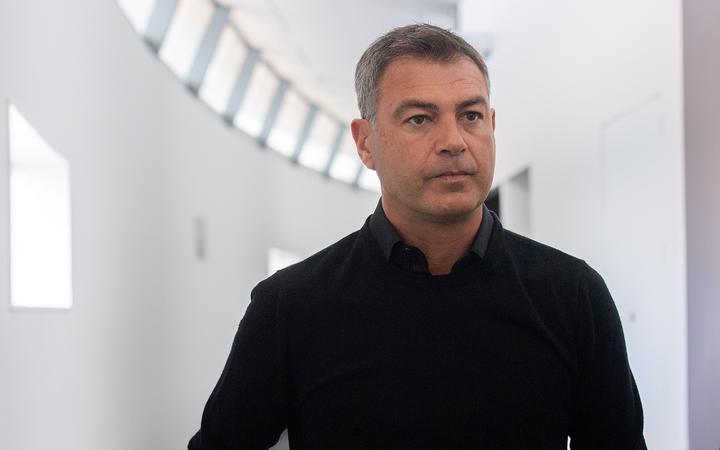 However, he said his desire to keep coaching hasn't dimmed and will consider A-League options, including a role with the newly-formed Western United FC in Geelong.

Wherever he ended up, his family would be under the same roof.

Rudan explained it was easier to move his family interstate in Australia than internationally, which ultimately counted against the Phoenix.

"We have a lot of friends in different cities. Let's say if it is Melbourne ... the schooling curriculum is the same, for football for the kids as well, all those things are different to how they are in New Zealand," he said.

"I'm a professional coach and whatever I do decide to do next, my family will be with me.

"But I haven't signed a contract with anybody. It's as simple as that."

Rudan's homesickness began when he farewelled his family after a Christmas break.

He said an "inner turmoil" and loneliness gradually built but he only confirmed to his players he was leaving in the hours leading up to last Friday's match against the Roar in Brisbane. The announcement was forced on him by a media leak.

Rudan offered his immediate resignation after the 2-1 loss, wary the distraction could derail his team's finals prospects.

"My intentions were good. I love this place. If it was about me then I'm here and you've got me long-term," he said.

"The people have embraced me, the club has, there's fantastic people not just in Wellington but New Zealand.

"It wasn't my intention to lead anyone on. I was just very confused what to do and what the best thing was. It got to a point where it puts a strain on your relationship, it really does."