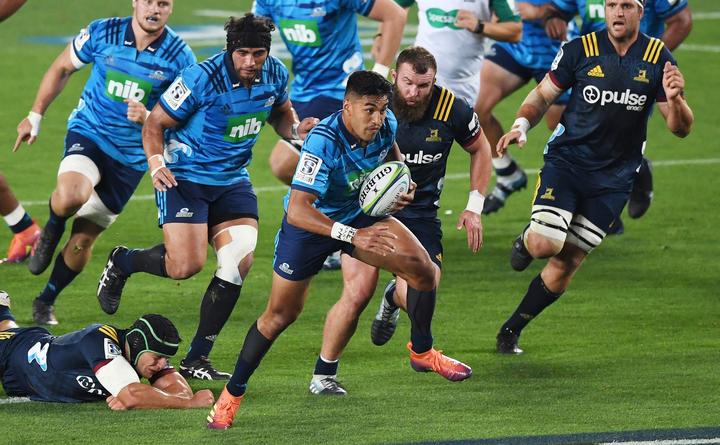 Fresh of his third season in the black jersey, Ioane has been one of the key components to the Blues' improved fortunes in this year's Super Rugby competition.

The 22-year-old flyer has featured in all eight matches for the Auckland-based franchise, scoring a try per game to help his side rise to sixth on the ladder.

All players who were part of the All Blacks last year are restricted to six straight matches for their Super teams ahead of this year's World Cup and must be rested for at least two non-bye weeks before the playoffs begin.

Most have taken at least one of those weeks but a bye in week four has allowed Ioane to start every match for the Blues.

Ahead what is likely to be his ninth start, against the Highlanders in Dunedin this Saturday, Ioane told RNZ he was more than happy to be clocking up the minutes.

"Yea [I'm feeling] awesome. I'm still young and running around. A few of these older boys I'm sure are starting to feel it but, like a spring chicken, I'm sweet.

"It's good. It's important to get as much game time as I can. For me, I just love playing and each game I'm improving.

"I know there's a lot of talk about when I'll take my rest games but I'm feeling good."

He's clocked up 578 of a possible 640 minutes of action, placing him in the top 25 for minutes played across the entire competition and behind only older brother and Blues team-mate Akira out of the 41-players named to attend the All Blacks foundation camp held in Wellington on Monday. 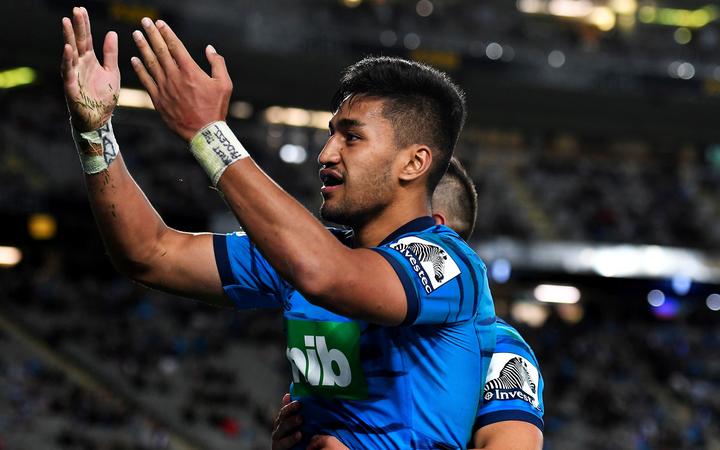 Rieko Ioane celebrates yet another try for the Blues. Photo: Photosport

Ioane said while Blues coach Leon MacDonald and assistant Tana Umaga probably had a plan around when he would take his mandatory rest weeks, nothing had been finalised yet.

"We probably would have taken one earlier in the year, like that Waratahs (week eight) or Stormers game (week seven) but because of a few injuries and that red card (to wing Tanielu Tele'a) it just wasn't the right time.

"It's all good, that's the way rugby goes. It'll be sometime soon."

Someone who also doesn't appear to need a break is Ioane's Blues team-mate Ma'a Nonu.

Back in New Zealand after heading for France after his second World Cup triumph with the All Blacks in 2015, the 36-year-old midfielder has been in superb form.

Nonu didn't feature in Monday's foundation day but coach Steve Hansen said the two-time world champion was still in contention and wasn't actually eligible for the Wellington camp after they decided only last year's All Blacks would be involved.

Ioane said Nonu had certainly given the national selectors plenty to think about.

"If the team was picked today, based on form, he'd be in there.

"He just brings so much experience, and different skill-sets than what we're used to. His game would only lift being in that black jersey.

"He's playing outstanding footy at the moment and his combination with TJ [Faiane] has been probably the best in the comp for midfield pairings so far."